What Does Santa Want For Christmas? – Adweek

What kind of cookie does Santa want to find when he arrives to deliver the Barbie Dreamhouse you always wanted?

If you’re asking Oreo, he’s drooling over a sleeve of double-stuffs.

“Oreo is trying to flip the script and ask, what does Santa want for Christmas?” Kamila De Maria, Oreo’s brand manager, told Adweek. “Every year we ask Santa for our wish list, but have we ever stopped to think what does Santa want? We know the big man loves cookies, but does he have a favorite?”

In a 60-second spot, an elf–obviously new to the gig–hurries into a convenience store, muttering, “Oreos for Santa … Oreos for Santa,” to scoop up several packages of the cookies and an orange soda. Wrong. The cashier replaces the soda with a glass of milk. The two share an in-store moment twisting, licking, milk-dunking and chomping down on Oreos, which leads to a quick dance around the aisles before the elf rushes out into the snow.

A convenience store cashier gets a surprise visit from one of Santa’s helpers.

The new campaign marks the first holiday campaign for Oreo since 2016, and continues the “Stay Playful” theme that the Martin Agency debuted for the cookie brand in February. Through this followup campaign, Oreo wants to “inject playfulness into a time that too often becomes overly serious and stressful,” said De Maria.

Beyond video advertisements, Oreo’s holiday campaign will be bringing consumers a more immersive experience through several out-of-home elements, such as Amazon’s Treasure Truck, which Oreo will be collaborating with throughout December. 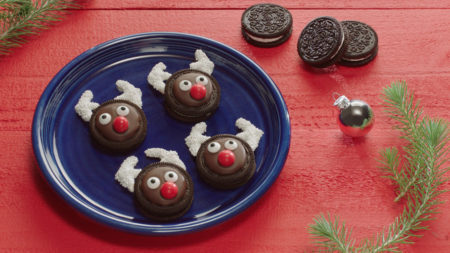 Oreo’s rolling out special holiday recipes for customers to try this season.

The Treasure Truck–a circus-themed vehicle that roams around 30 U.S. cities–features one megadeal per day for an “unexpected” shopping experience. To participate, consumers sign up for text alerts to hear when the truck is out and about with its wares, opt in if the deal is too good to pass up, and then meet the truck someplace in town to retrieve the item. Brands often work with the Treasure Truck to set up fuller experiences featuring games and giveaways.

In addition to the truck and digital creatives, Oreo will be sharing seasonal, Oreo-centric recipes for consumers (and Santa) to try this holiday season. The cookie brand will also have seasonal flavors on the shelves, as usual, and Oreo-themed holiday gifts for sale in its online store. 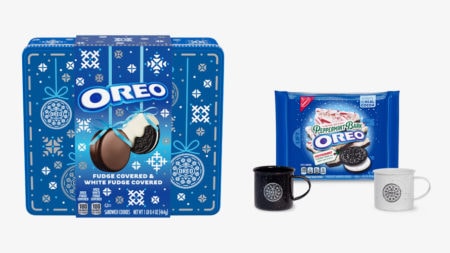 How to Hire Your First VP of Sales [Job Description]