Many PSAs about the opioid crisis focus on the sufferers themselves—and their plights as they try to get better—like this Truth campaign from the Ad Council that used a video display in New York to let passersby watch an opioid addict named Rebekkah endure her first three days of detox.

But a new campaign from the Partnership for Drug-Free Kids explores the dire impact that opioid addiction has on families and loved ones. The goal of the effort is to raise awareness of the many resources the nonprofit has available for families, like its helpline and peer-to-peer parent coaching program.

Created by Terri & Sandy pro bono, a 30-second spot shows a married couple embroiled in disagreements and arguments over how they should handle their son’s addiction.

At the end, a Google-esque search appears that reads: “How can I save my child and my marriage?”

The spot, which also includes 15-second versions, is running nationally across TV, digital and social channels. The campaign, called “Impossible Questions,” also includes print ads that feature parents grappling with what they should and shouldn’t do to help their children get better. 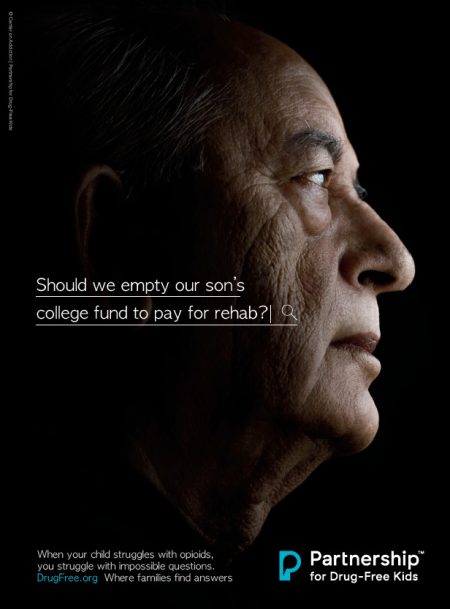 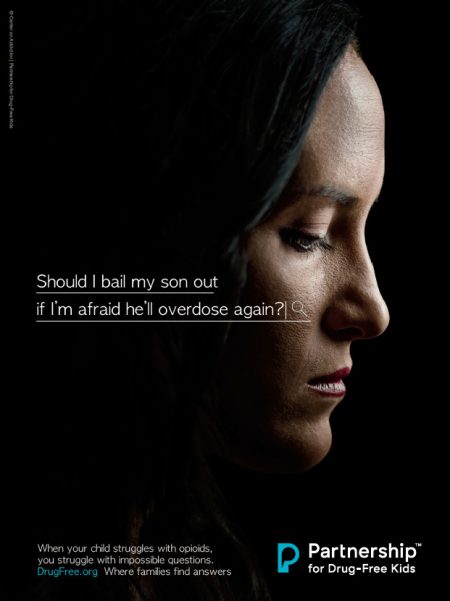 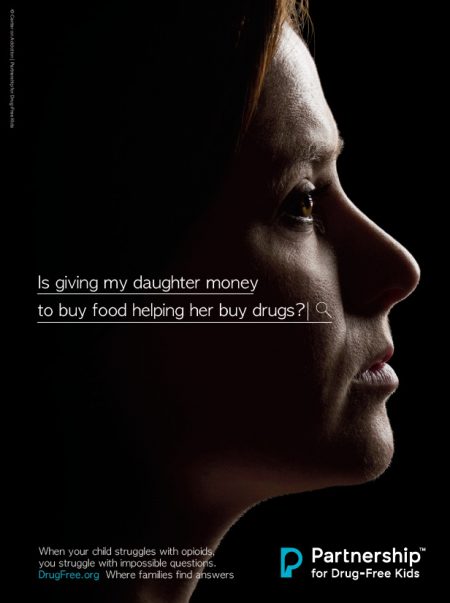 A separate effort, called “Hope Lives,” is running in print and out of home. The ads feature copy that juxtaposes that hopelessness families often feel when trying to help a loved one beat addiction with the gratitude that’s felt when it’s finally overcome. 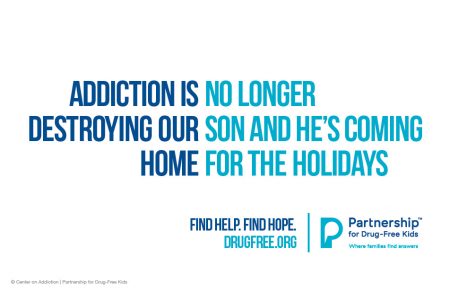 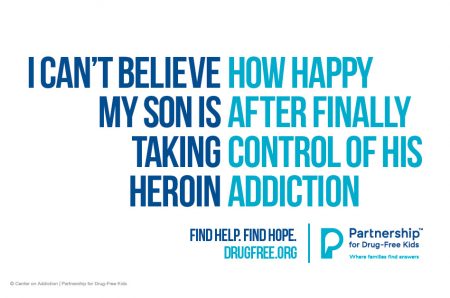 “The team at Terri & Sandy exhibited such passion for this project, and the power of their work was due not only to the beauty with which their campaigns were crafted, but also the depth of the genuine insights on which their concepts were developed,” Rebecca Shaw, director of advertising and production for Partnership for Drug-Free Kids, wrote in a statement. “They understood the isolation and helplessness so many parents feel and grew to appreciate the incredible stress that substance use disorders put on the whole family, especially on the parents who so desperately want to help their child.”

Terri Meyer, co-founder and co-CEO of Terri & Sandy, added that the agency was “constantly struck with the impossible questions parents face” when working on this project.

“Every day, they must make agonizing decisions that can take a tremendous toll on their marriage and their lives. Our goal was to capture these moments with great empathy and authenticity and offer help and hope from Partnership for Drug-Free Kids,” she stated.

The campaign is one of many that have recently addressed the opioid epidemic, which, according to the National Institute on Drug Abuse, kills more than 130 people in the U.S. every day. In April, McCann Health worked with Shatterproof, a nonprofit dedicated to ending the devastation that addiction causes families, to create a flower installation in New York’s Herald Square to convey the effects of opioids.

Another campaign involved the creation of a fictional line of baby products called Opi’s to help newborns struggling with opioid withdrawal inherited from addicted mothers.