JetBlue has a new beverage partner in the sky, making the switch from Coca-Cola to PepsiCo this summer.

The brands celebrated their partnership this week with an addition to the Queens skyline, with JetBlue’s logo joining the landmarked Pepsi-Cola sign that still lights up the Long Island City waterfront near the brand’s former bottling factory, which was sold in 2003. (Famously protective New Yorkers weren’t exactly charmed.)

It wasn’t the PepsiCo’s flagship beverage that wooed JetBlue away from Coca-Cola, however. It was the current star of the beverage world: flavored seltzer.

[Coca-Cola’s] products were catered towards their audience, not necessarily towards JetBlue customers.

While Coke has its own seltzers, Seagram’s is only made without flavorings, and Dasani Sparkling was not included in the portfolio of drinks JetBlue could choose from under the terms of its contract with the beverage maker.

“We see a spike in emerging trends around flavored seltzer water,” said Mariya Stoyanova, JetBlue’s director of product development. “It’s what our customers were asking for.”

Curating the onboard “beverage experience”

The switch from Coke to Pepsi was months in the making. With Coke’s contract running out this year, JetBlue began seeking bids from other beverage providers.

“I was certain going into the process that we were going to stick with Coke,” Stoyanova said. “It’s a big deal—we’ve been a Coke company for so long. This decision wasn’t taken lightly.”

JetBlue had signed a package deal with Coke, meaning in addition to the flagship beverage, the airline had to offer products whose sales maybe weren’t as robust. And when space and weight are limited in the air, the unnecessary cargo also factored into its decision.

“If they give you a prepackaged deal saying you have to carry those five products, then you only have one try to please your customer,” Stoyanova said. “Their products were catered towards their audience, not necessarily towards JetBlue customers.”

Previously, JetBlue was serving 10 Coca-Cola products, including Coke for three of its five soda options, without an opportunity to adjust to consumer preferences under the terms of its contract. 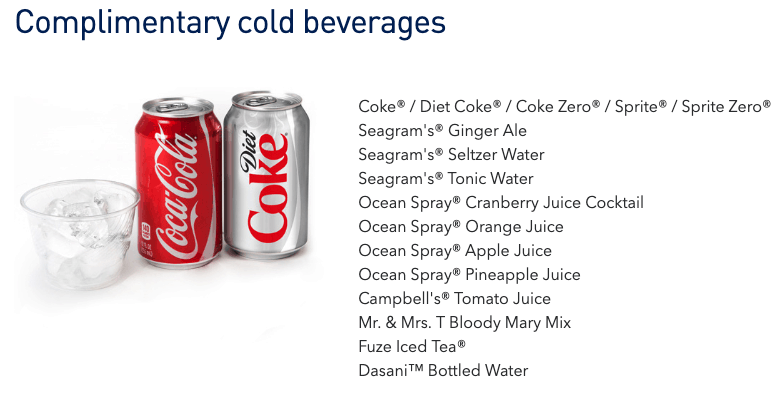 Pepsi was much more flexible: In addition to carrying Pepsi, JetBlue can bring in other providers like Canada Dry and Adam & Eve juices to curate its “beverage experience,” as Stoyanova put it. JetBlue goes through about 18,000 cases of Pepsi a month, 6,000 cases of Bubly and 8,000 cases of seltzer.

The partnership was a natural fit, according to Elizabeth Windram, vice president of marketing at JetBlue. Both brands were born and remain based in New York City, and present themselves as “challenger” brands—Pepsi’s blue can contrasts with Coke’s nostalgic red can, while in the skies, JetBlue is the “customer-friendly” low-cost airline.