As the CBD industry continues to grow and become more established, bigger players are starting to throw their hats into the ring.

Shopify and BigCommerce both announced different ways in which their ecommerce platforms would begin offering support to CBD merchants. Now Square is joining, but it’s upping the stakes by making it easier to accept payments from any credit card company, as well as offering capabilities to support with hardware, payroll and inventory management.

“Square’s purpose is economic empowerment, and we’re always looking for ways for people to thrive and participate in the economy,” said Sivan Whiteley, general counsel at Square. “This is an industry that’s been underserved.”

Square’s initial push into the CBD market began a few months ago, when it started an invite-only program with more than 1,000 partners to see what merchants needed—and figure out how to work with its own internal teams to become CBD friendly. Now, Square is opening up the beta program and letting anyone apply. Part of what Square is offering merchants is a 3.9% and 10 cents fee per tap, dip, or swipe-in person payment and 4.2% and 30 cents fee per online sale. Whiteley said the higher fees are to account for the extra due diligence Square has undergone to accept credit card payments.

As it stands now, Square merchants can see all of their sales on one platform and still build their online store with partners like BigCommerce and WooCommerce (as well as use Square’s own Online Store feature). And while a cottage industry has built up to process CBD and cannabis payments, Square’s fees can still cost a merchant more, because average order values are low. But, at an event Square held to announce the news, Hudson Gaines-Ross, co-founder of Plant People, a CBD company, said accepting credit card payments is letting the brand flourish and actually invest in other parts of the business like marketing, hiring and digital plays. He said, previously about 20%-30% of transactions were declined for random reasons, and now, with the Square integration, the company’s seeing an increase of 30%-40% in sales.

“Now we’re becoming a business where we can throw more on the website,” Hudson said. “I don’t ever want to touch processing again.”

Square’s involvement is heating up the gold rush to enter the $20 billion CBD market and eventual path towards cannabis. Greg Gorzkowski, VP of strategy of Materia Ventures, a global supply and distribution company for cannabis, and former member of Shopify’s cannabis team, said that CBD merchants for awhile have wanted to become like any other merchant on these ecommerce platforms but had to use a “patchwork of solutions.” Now, CBD merchants are receiving this level of service. 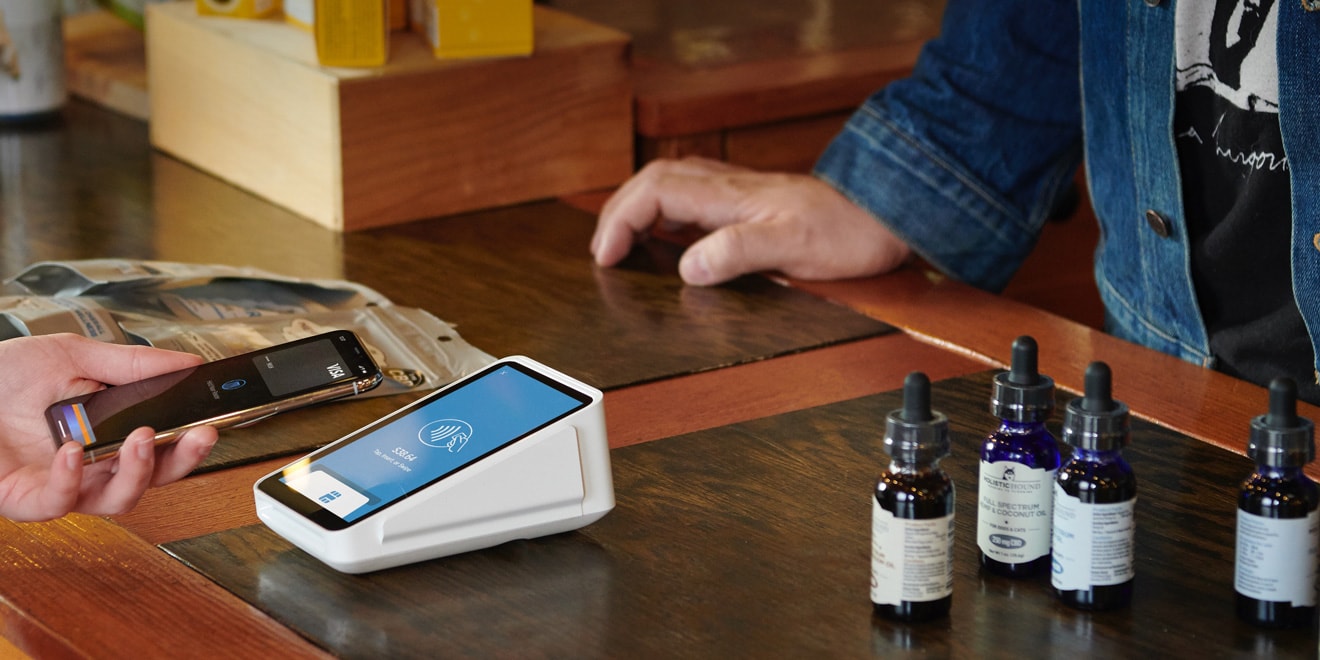 Chase Dimond, partner at Boundless Labs, a CBD marketing agency, said that it was basically now or never for these big players to enter the space, because CBD is growing so quickly. But he said each platform has different advantages. For Shopify, the ecommerce platform can potentially compete with Amazon to fulfill CBD orders (the company announced its Shopify Fulfillment Network in June). With Square’s announcement, it gives CBD brands more legitimacy and a brand they trust. However, a lot of what still needs to be done around CBD is educating merchants and consumers.

“A lot of CBD brands are being built by people who are from the vape and cannabis world that aren’t technical,” Dimond said. “The platforms could be doing better to educate consumers around rules and regulations in regards to selling but also marketing. More guides and how-tos around best practices and what to be aware of is necessary on both the selling side and marketing side.”