Outdoor Voices, the digitally native activewear brand, is growing up.

As the company prepares to roll out its biggest campaign to date showcasing its highest-rated, best-selling item—the Exercise Dress—founder and CEO Tyler Haney views the five-year-old brand as matriculating from middle school to high school.

“We’re maturing like a person,” Haney said. “We think of Outdoor Voices as the best friend that you’re going to be up for anything [with].”

All of these details, along with a paid social, email and out-of-home strategy, are part of what Haney says is turning traditional advertising on its head and instead showcasing the brand’s community. The company declined to share its total spend for this campaign.

The initial creative was shot by Carlota Guerrero, who’s worked on projects for Allure and Solange Knowles, while the Lincoln Center event will be photographed by Drew Escriva with direction from Catherine Orchard.

It’s not a one-and-done campaign for Outdoor Voices; the company plans on using assets throughout the year, attract new customers to its stores and continue to tap into offline events, as well as OOH in Austin, Los Angeles, Chicago and New York with a focus on universities beginning in September. 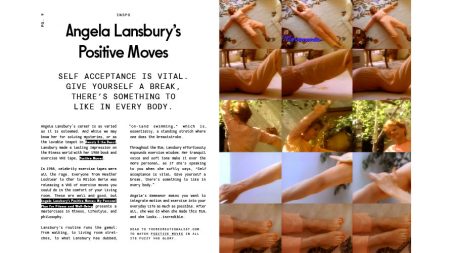 Growing by “mobilizing our community”

The brand is engaging with its audience in less direct ways, too. In July, Outdoor Voices rolled out a content website called The Recreationalist with guides to trendy destinations including Austin and Mexico City, as well as stories including an in-depth profile of Chip Wilson, founder and former CEO of Lululemon.

“We’ve really grown by mobilizing our community, and instead of being obsessed with ‘How do we get more members and more people?’ [we’re] really focusing on ‘How do we make what we have and the tools we offer to the community more valuable and potent?’” Haney said.

The company’s strategy—focusing on one specific style—traces back to customer feedback it received about the product itself. Originally, customers wanted something other than leggings to do activities in, so the Exercise Dress rolled out in May 2018—and sold out in a single week. The first batch included a liner, but customers wanted more, so Outdoor Voices integrated a shorts liner and phone pocket into its second rollout in October 2018.

This is the type of white space Haney’s found that works for Outdoor Voices in the activewear category. Instead of working on prototypes in an innovation lab, Haney said Outdoor Voices has brought the “customer along [on] the journey” by listening to what they want.

“We’re getting to be in an authority in the space,” she said. “We think about it as creating a platform for voices to be heard.”

And while Outdoor Voices isn’t the first brand to use its customers in a campaign, Haney said the Lincoln Center event and subsequent creative assets are part of the brand’s overall strategy of starting offline and tapping into its core value of “human, not superhuman.”

“Our strategy from day one is: Start in real life, start locally,” Haney said. “It’s native to us given that we are a brand all about movement. We’re a digital-first company, and the majority of volume comes through online, [but] we really value that offline experience.”

The Future of Marketing As Seen By Randi Zuckerberg #DSMPLS

14 CRO Tactics You Can Steal From Amazon’s Product Listings

14 CRO Tactics You Can Steal From Amazon’s Product Listings

How to Measure Account-Based Marketing Success