Two years ago, dating app OkCupid was the darling of the creative world. The brand’s “DTF” campaign from Wieden + Kennedy New York twisted the original meaning of the acronym with dozens of new sayings designed to move dating away from just hookups. The bold campaign—a first for OkCupid, founded in 2004—significantly boosted buzz, made a statement, and drew both praise and scorn. Some transit authorities rejected some of the ads or the entire campaign, like the Chicago Transit Authority.

Despite the campaign’s success, OkCupid perhaps surprised some by moving the project-based account from W+K New York to Mekanism in July. According to OkCupid’s global CMO Melissa Hobley, the brand was “attracted to Mekanism’s body of work,” adding that the brand needed “to continue to be bold” and that “‘DTF’ signals that we’re going to take some risks.”

OkCupid is kicking off 2020 with its first campaign from Mekanism’s New York office, “Ask Yourself,” which continues the tradition of bold design and clever wordplay. The creative was inspired by real daters’ answers to the platform’s in-app questions and what matters most to singles in relationships—the make-or-break issues when it comes to dating.

Perhaps not surprisingly, politics topped the list, with 38 million answers to questions like “could you date someone who couldn’t be bothered to vote?” 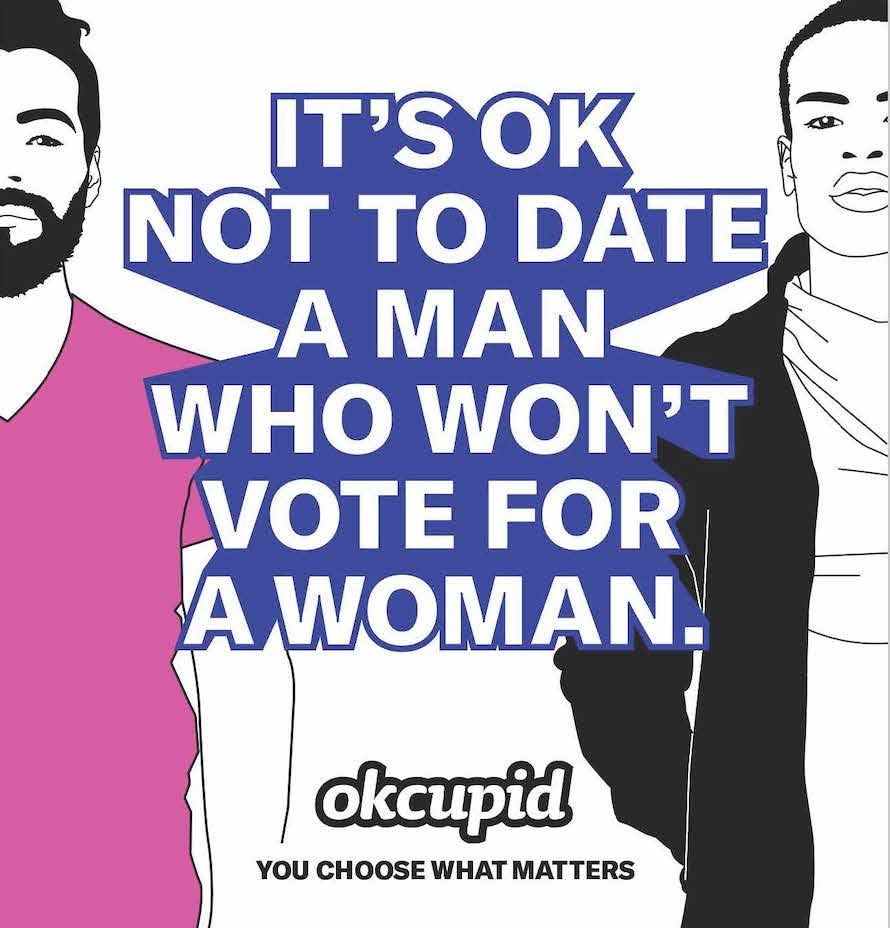 Further data indicated that OkCupid users who enjoy talking politics increased by more 150% in 2019 when compared to 2016, and several pieces of the creative dives into the topic. Other potential dealbreakers, according to OkCupid’s data, include music and travel. 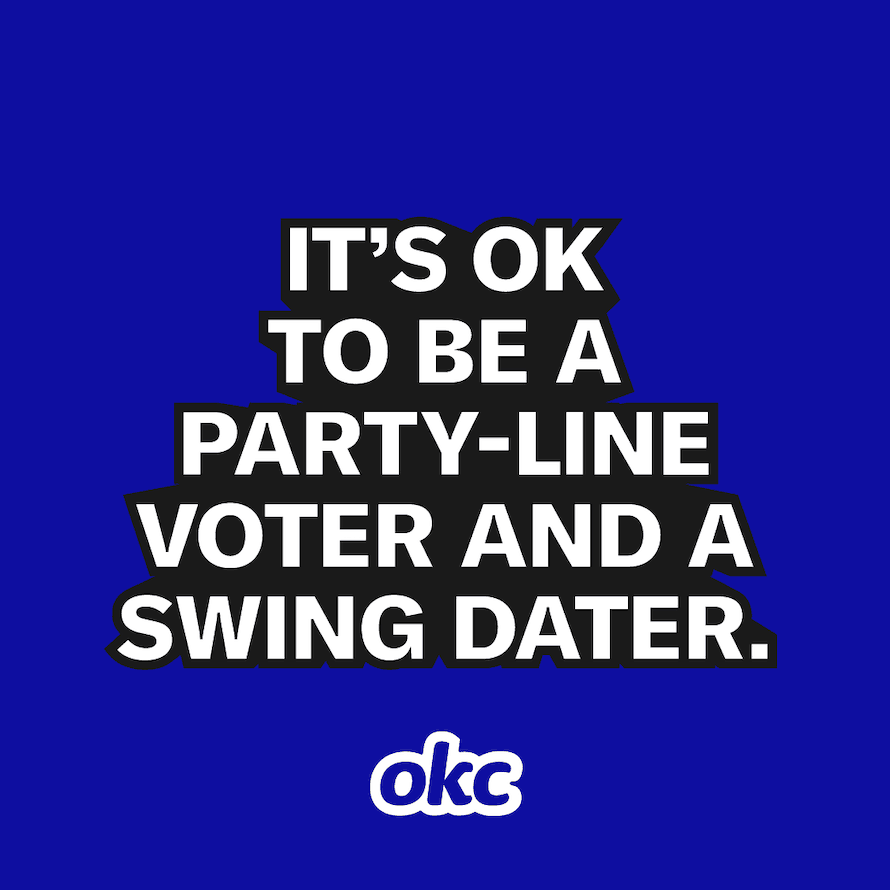 “What our data shows is that younger daters in particular care deeply about some of the biggest issues of today, and they don’t want this disconnected from their dating experience,” added Hobley.

In addition to out-of-home, OkCupid enlisted artist Xaviera Lopez to create looping animation to bring some of the platform’s matchmaking questions to life, including one question about foreplay and whether or not it was worth waiting for a “soul mate.”

Like past campaigns, OkCupid is committed to diverse representation (the platform has 22 options for gender and 13 for sexual orientation), and several pieces of creative—some of it saucy—hyper-target those specific audiences.

In all, it’s another sprawling campaign with many moving pieces, designed for maximum impact and conversation. It’s also meant to drive the most critical metric in the hyper-competitive dating app space.

“It’s really all about conversion,” Jason Harris, president and CEO of Mekanism, told Adweek last July. “We need to drive people to try, download and use the product. [DTF] was a fantastic campaign that stood out and put OkCupid, the brand, more on the map. The task now is awesome, but even harder [in terms of driving new downloads]. Now, it’s step two.”

The work debuts in North America today and will roll out into not-yet-disclosed key regions for OkCupid later in the year.