BuzzFeed has recently turned to experiential as a way to evolve its brand partnerships beyond branded content and media, with efforts that have included outdoor conference cabins in partnership with Delta and a pop-up for dogs with Petco.

The media company’s latest co-branded experience, created as part of its ongoing partnership with Chase, has turned a popular New York pizza spot into a pop-up celebrating the return of Knicks basketball.

NBA fans can swing by The Pizza Joint, a Knicks-themed pizza parlor that took over Speedy Romeo in Manhattan’s Lower East Side, beginning Nov. 8 through Nov. 22. The pop-up is decked out in decor, collectibles and footage celebrating the NBA team as well as rap group Run DMC, who will make appearances at the event.

The 15-day pop-up also will host six special events geared toward Knicks fans and BuzzFeed’s audience, including opening and closing parties, trivia and speed dating. Additionally, Speedy Romeo’s menu has been revamped to have a New York theme, with perks for Chase cardholders. 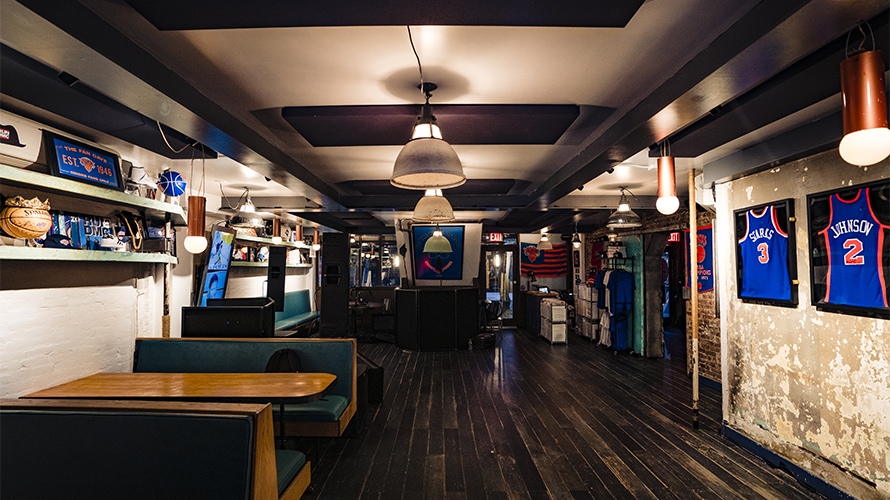 The inside of the space includes framed Knicks jerseys and Run DMC art.

Creating an immersive experience for fans was a natural step for BuzzFeed and Chase, which have worked on traditional branded content and media programs since 2016. They landed on a Knicks-themed pizza parlor for multiple reasons, including the start of professional basketball season, the Knicks adding new players to the team and New York as a pizza destination.

The event also leveraged Chase having been the presenting sponsor of the Knicks for 10 years and BuzzFeed’s partnership with Madison Square Garden.

“Chase elevates a lot of the moments around the city that make New York special,” Bronstein said. “Thinking about the start of the NBA season this year and [how Chase activates] around Madison Square Garden, we looked to highlight all that Chase does in the city by inviting New York to an authentic pop-up.”

Kate Schoff, executive director of sports and entertainment at JPMorgan Chase, added: “This was a great opportunity to get outside of the arena and do something a little bit different. We looked at things that make New York iconic, which include pizza and basketball.” 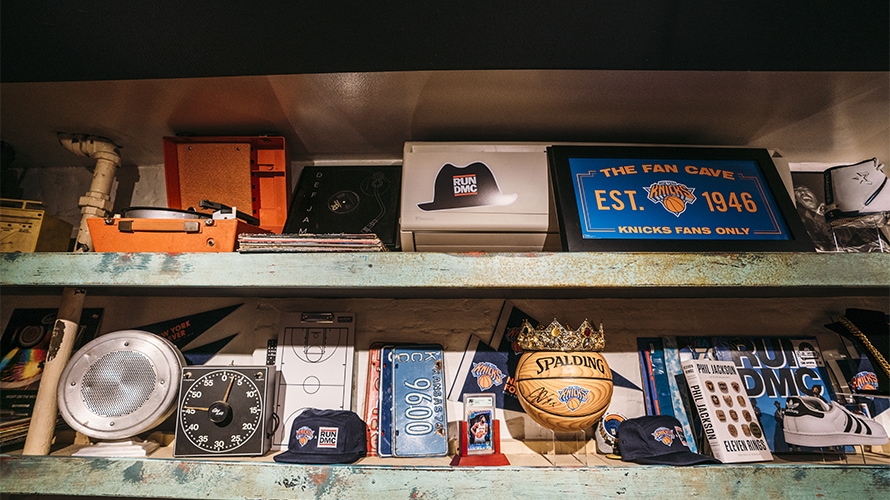 The experience took about three weeks to produce from concept to execution, with BuzzFeed’s creative and experiential teams taking the lead on invites and event concepts to ensure the experience would cater not only to Knicks fans but all types of New Yorkers—for example, along with Knicks-themed trivia, another event will invite attendees to bedazzle basketballs, led by crafter and celebrity eyewear designer Kerin Rose Gold.

Among the goals was making the space as photo-friendly as possible, said Bronstein, whose team worked with Madison Square Garden and Chase to develop the pop-up’s aesthetic. Along with Knicks items sourced from the arena, design elements include wall-mounted TVs shaped like window frames streaming footage of past Knicks games and Run DMC videos. A photobooth invites guests to pose in front of a DJ booth wrapped in boombox graphics, backed by a wall of vintage stacked TVs. The outside of the pop-up welcomes guests with the signage in the Knicks’ blue and orange colors, along with graphics of a fedora and glasses inspired by Run DMC. 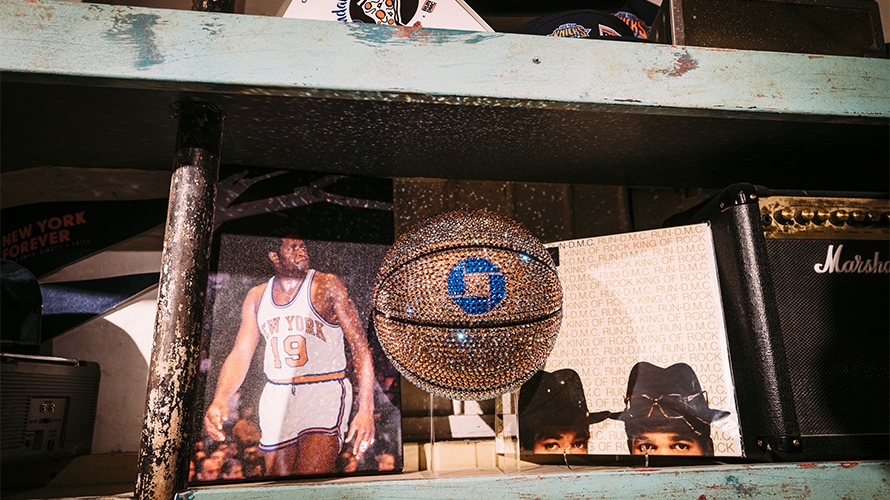 Additional decor includes a bedazzled basketball with the Chase logo.

Perks for Chase cardholders include a buy one, get one free pizza slices and free Pepsi products. The first 20 Chase cardholders to purchase a slice each day will also receive complimentary swag, including rally towels and sweatbands. Schoff also noted Speedy Romeo was chosen as the venue in part because the restaurant is a Chase for Business customer.

The Pizza Joint is open to the public and available for walk-ins, while certain events are invite-only or encourage customers to RSVP in advance. Along with the event, BuzzFeed and Chase’s Knicks campaign includes custom content and media that will appear on BuzzFeed’s website and social platforms, as well as in Madison Square Garden, where the Knicks will play the Cleveland Cavaliers on Nov. 10.

How to Use Paid Search Insights to Optimize Other Marketing Channels

How to Overcome Objections on Your Landing Page

13 of the Biggest Mistakes You MUST Avoid