Today, on the second annual World Interaction Design Day, Adobe unveiled its inaugural list of UX Designers to Watch, putting a spotlight on 10 up-and-coming creatives in the user experience field.

The software brand collaborated with a panel of design leaders from California College of the Arts, Havas Health, the Interaction Design Association, Microsoft and the Society of Digital Agencies to find standout talent in the industry who are committed to “improving the human condition through UX and interaction design,” wrote Adobe senior principal designer Khoi Vinh in a blog post.

“Great design comprises more than just a body of work, and great designers expand their impact beyond the product,” Albert Shum, corporate vice president of design, experiences and devices at Microsoft, told Adweek. “Our search spanned the globe and sought designers who push the boundaries within their portfolios and in their communities and in society as a whole. The next generation of great UX designers will not only make things, but make the world around them better.”

Here’s a look at the 10 user experience designers being highlighted: 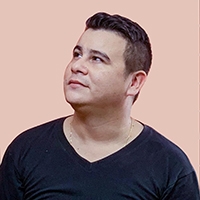 Freelance designer James Alonso worked as a product and graphic designer before making the jump to the UX space a few years ago. He’s since worked on everything from mobile apps to brand business dashboards, but readers might know him best from his popular Instagram account. 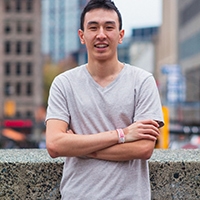 Léo Chazalon is no stranger to leaps of faith. Now a consultant at Accenture and the co-founder of design studio Castle Lab, Chazalon founded his first tech startup with two anonymous Reddit users when he was still at school. Perhaps his own curiosity as a pupil is why Castle Lab focuses so much on fostering youthful curiosity; the rapidly growing shop frequently collaborates with college students and aims to land partnerships with universities to send students to work on real client projects. 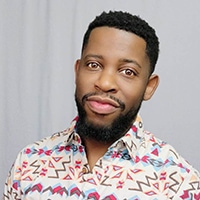 Now a UX consultant at World Wide Technology, Tim Hykes began his career after graduating in 2015 by working at mobile app and startup RoverTown, based in his hometown of St. Louis. He’s also known for 28 Days of Black Designers, which championed a black creative every day of Black History Month this year. Diversity and inclusion are essential themes in much of Hykes’ daily work at WWT; he also serves on AIGA’s national diversity and inclusion task force and co-founded the Design + Diversity Conference and podcast, which focus on diversifying the design industry. 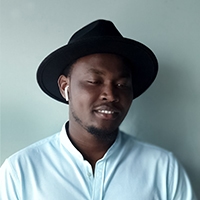 Shaban Iddrisu has been an artist since he was a child, but as he grew older, he translated his drawing and painting skills to the computer as he pursued a career in design. He’s since worked on projects that incorporate 3D, motion graphics, UI/UX and brand design. This year, Shaban took on the role of lead designer at the Dubai office of global agency This Is Crowd. 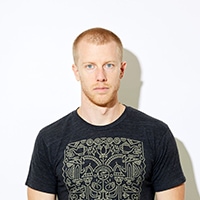 Now the owner and creative director of Michigan creative design agency Elegant Seagulls, Ben Johnson was previously planning on finding his dream job while freelancing, but he didn’t want to leave his hometown in Michigan’s Upper Peninsula, so he created his own. That was 13 years ago. Since then, Elegant Seagulls has worked with high-profile clients like Audible, ESPN, Forbes, InVision and Yelp. The shop also recently developed the website for nonprofit Waves for Water, which aims to make clean water accessible in areas where groundwater is not. 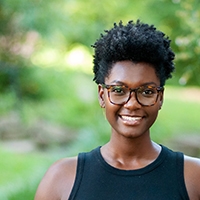