McDonald’s Happy Meal Was Successful Enough to Be Copied – Adweek

If the annals of branding prove one maxim over and over, it’s this: The best ideas often hit when you least expect. Case in point: the kitchen of a Kansas City, Mo., adman named Bob Bernstein. It was sometime in 1975. His agency, Bernstein-Rein, was sitting on a prestigious regional account for McDonald’s, which had given him a problem to think about. The restaurants didn’t have much appeal for children and, making matters worse, competitor Burger Chef was scooping up a lot of that traffic by giving away free toys. Bernstein had already been mulling over the idea of a special kids’ meal, but the idea hadn’t really gelled. 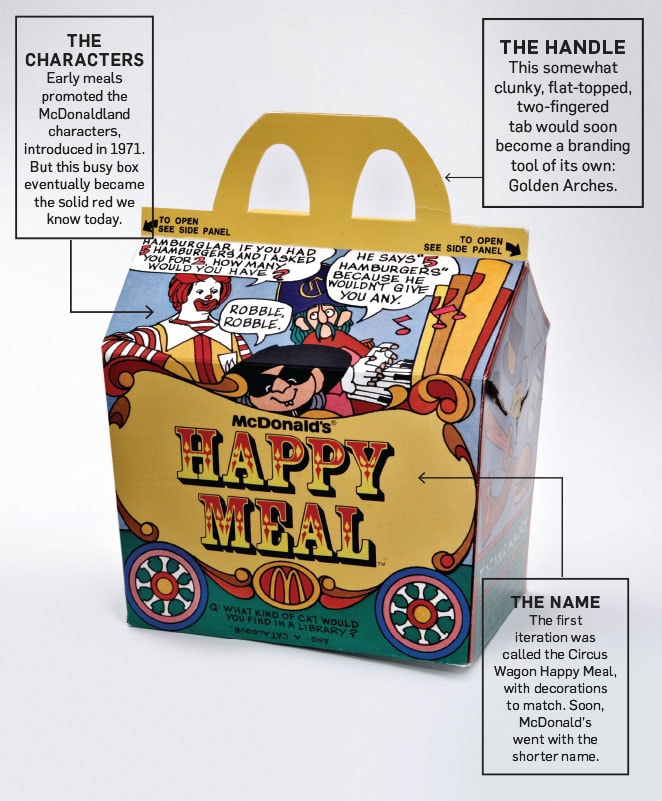 It was then that he noticed his son sitting at the breakfast table. The lad was doing what nearly all kids did at breakfast in the era before smartphones. As he munched his cereal, he was reading the back of the box. That was how Bernstein got the idea to drop a kids’ meal with its own packaging.

“I thought, ‘We make a box for McDonald’s that holds a meal and gives kids things to do,’” he would later tell the Chicago Tribune.

Can you guess what happened next? Of course you can. Unless you grew up in a country like Yemen or never had a childhood, odds are that you’ve either purchased a Happy Meal or eaten one yourself. The Happy Meal ranks among the most successful (and copied) ideas in restaurant history. 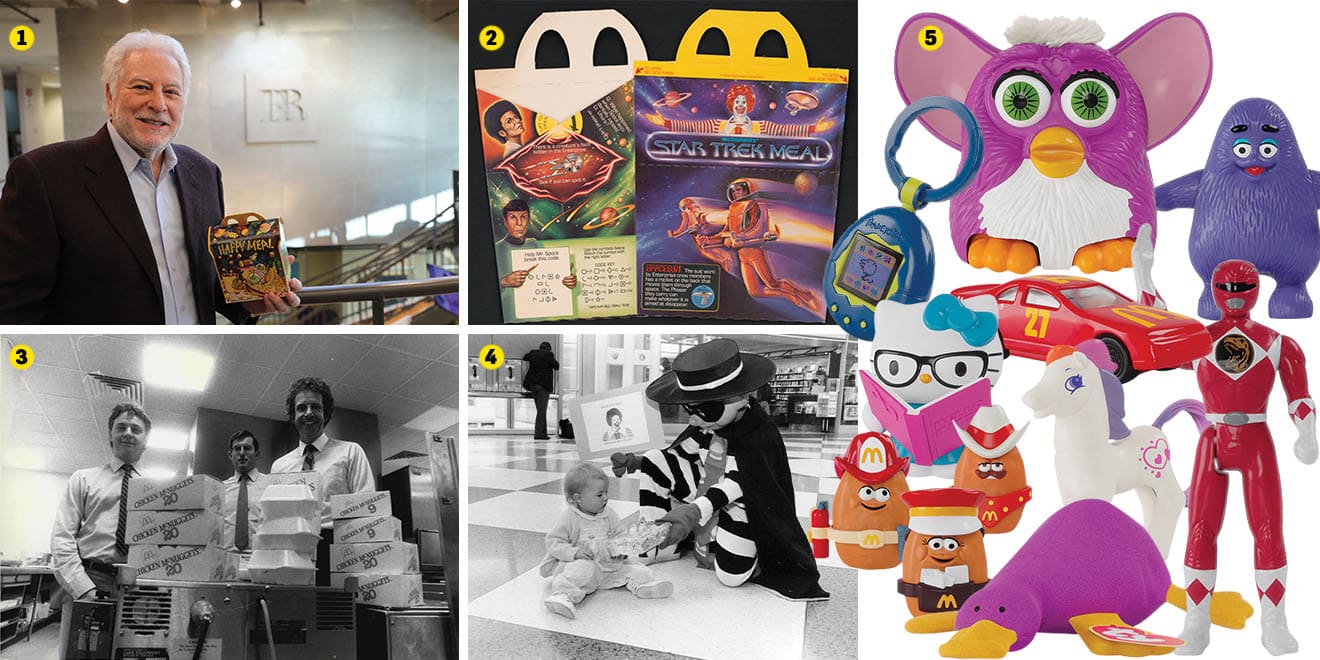 Adman Bob Bernstein (1) pitched the Happy Meal concept after watching his son reading a cereal box. A 1979 tie-in with Star Trek (2). A year after Chicken McNuggets debuted on the menu in 1983 (3), McDonald’s added them as a Happy Meal option. McDonaldland characters like the Hamburglar promoted the Happy Meal (4). The big draw was always the toy premium (5).

Headquarters doesn’t release sales data for this lunchbox-like combo. But two years ago Sense360 estimated, based on available data, that McDonald’s was still selling 89 Happy Meals every second during the lunch rush—about $10 million worth a day. For its part, corporate will offer, in the 100 countries the Happy Meal is on the menu boards, it sells 1 billion of them annually.

“It’s an investment they made somewhat unwittingly when they started,” observed David Henkes, advisory group senior principal with food-service consultancy Technomic. “But [it’s] probably paid more dividends than they could have imagined.”

The genius of the Happy Meal, added New England Consulting Group managing partner Dave Stone, is that the chain took a bunch of ordinary items—burger, fries, drink, cookies—and created a new product out of it. “It’s a McDonald’s subbrand,” he said. “And I can’t think of anyone else that took known items, grouped them together and created a branding execution—a remarkable execution.” 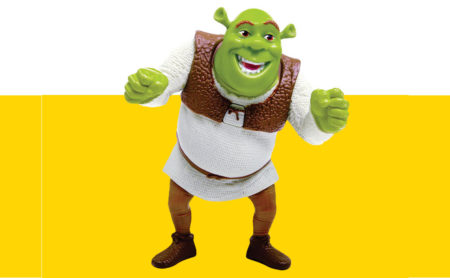 In 2010, the Center for Science in the Public Interest advocacy group declared outright war against McDonald’s—over the Happy Meal. CSPI hauled the Golden Arches in front of a judge, charging that the inclusion of highly popular licensed toys such as Shrek and R2-D2 prompted kids to demand Happy Meals and “undercut parental authority.” CSPI’s litigation director Stephen Gardner said using toys to sell fast food to kids was “a creepy and predatory practice and warrants an injunction.” The Superior Court of California later threw out the suit. “We are proud of our Happy Meals,” a spokesperson maintained.

But what’s truly remarkable about the Happy Meal is that its most coveted component has nothing to do with eating—it’s the toy premium inside. In the early days, the chain’s selection was pretty dorky: ID bracelets, puzzles and toys themed after McDonaldland characters like Mayor McCheese. But starting in 1979, the chain woke up to the power of licensing and movie tie-ins, partnering with the likes of Disney, Transformers and Hello Kitty. The tactic worked extremely well—too well, really, since the resulting scrutiny brought on charges of manipulative marketing (see sidebar) and an outcry over the early introduction of children to fast food.

These days, the Happy Meal is far different from the combos kids ate in the late 1970s. Portions are smaller, and healthier options like fruit and bottled water are now standard. Starting in 2018, McDonald’s even included books in lieu of toys. But in whatever form, that iconic lunch box is still with us, and it’s hard to imagine McDonald’s without it. Despite 145 items on the menu, one out of every four orders is still a Happy Meal.