How to Flex an Iconic Brand – Adweek

If you didn’t care about Mr. Peanut in life but you’re highly opinionated on the matter of his death, you’re definitely not alone.

The monocled mascot was abruptly announced as deceased this week by his employer, Planters, after a Super Bowl ad teaser from agency VaynerMedia showed him plunging to his doom. Within an hour of the announcement via Twitter, #RIPeanut was a trending topic on Twitter, and the buzz only grew from there.

It is with heavy hearts that we confirm that Mr. Peanut has died at 104. In the ultimate selfless act, he sacrificed himself to save his friends when they needed him most. Please pay your respects with #RIPeanut pic.twitter.com/VFnEFod4Zp

For those in marketing, the rapid and surprisingly impassioned response to a relatively workaday brand was reminiscent of IHOP’s megaviral name change to IHOb in 2018. Also announced with a tweet, the move initially sparked widespread speculation about what the “b” could stand far, and once it was announced as the International House of Burgers, the fires of social commentary were lit once again.

Although it was somewhat snubbed on the ad awards circuit, IHOb was a PR and marketing triumph on a scale the industry has hardly ever seen. By changing one letter, agency Droga5 instantly turned a sleepy brand image into a subject for debate anywhere from church to work to late-night talk show monologues.

Given the similar public response being generated by Planters’ supposed offing of Mr. Peanut, we reached out to one of the chief architects of the IHOb campaign, Droga5  executive creative director Scott Bell, to chat about what turns a social-driven stunt into an inescapable pop culture flash point. 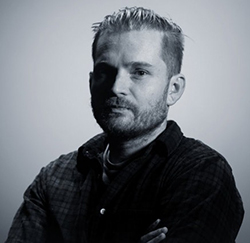 While IHOb and #RIPeanut were created by very different agencies (Droga5 and VaynerMedia, respectively) Bell is quick to admit he felt like “kindred spirits with the team that worked on the Mr. Peanut stuff” once the reaction began to snowball, initially on Twitter.

“It’s the reaction they’re getting,” Bell said. “We got a very similar reaction, and a big part of it is when you take an iconic brand like Planters or IHOP and mess with it in any way, it really brings out this latent passion for the brand that people didn’t even realize they had.”

Sure, many were certainly mocking Planters and its dated, uber-capitalist icon, but there’s no doubt they were talking about the brand and, however darkly, validating Mr. Peanut’s role as a marketing icon.

is there anything more capitalist than a peanut with a top hat, cane, and monocle selling you other peanuts to eat

Planters hasn’t showed its hand yet on how its Super Bowl ad will—or won’t—revive Mr. Peanut, but it has attempted to nudge the conversation along by sharing some of the better fan tweets and brand responses:

Staying silent on the permanence of a decision—like, say, renaming your restaurant chain or killing your mascot—is an important part of letting a viral conversation take off on its own, Bell said.

That said, Bell and his team also are keenly aware of how much willpower it takes to watch your campaign idea get debated, shredded, satirized and misunderstood right in your own social feeds, without you being able to say a word in its defense.

“It’s actually a hard thing to do,” he said. “You have moments you feel you have to defend yourself and the agency and the brand, where you want to say: ‘It was a calculated risk! We’re good marketers! We know what we’re doing!’”

Create stories that engage, but watch the metrics

Another key challenge is maintaining a high level of conversation in an age when trending topics can rise and fall in minutes. For IHOb, Bell said, the agency and brand kept a close eye on social analytics to see when the discussion was in danger of falling into silence, then finding a way to nudge it back into the cultural spotlight.

How Publishers Are Handling CCPA So Far – Adweek

Systematically upgrade your existing content: Here's how (and when) to do it