Exactly six years ago, as football fans were gearing up for Super Bowl XLVIII, a minor crisis erupted in the shopping aisles of America. It began as a rumor, a suspected hoax, until Kraft Foods took to Facebook to confirm the worst in a Jan. 9 post: “As you have likely seen or heard by now, there is currently limited availability of some Velveeta products in many stores nationwide.” The Cheesepocalypse was upon us.

Fortunately, the world did not end, the game went on and caloric intake was uninterrupted. The fact that a shortage of Velveeta before the Super Bowl was news in the first place points to the place of importance that this edible yellow brick occupies both on the coffee table and in the cultural pantheon.

So let’s get this over with right up front: Velveeta is a “pasteurized recipe cheese product.” Heavy on ingredients like milk and whey protein concentrates, it is cheese-like but, in the eyes of the FDA, not technically cheese. In a time of organic this and artisanal that, it’s easy to lampoon Velveeta as a Frankenfood for this reason. But there are actual historical reasons why such a “cheese product” exists—and why it makes a good dip. 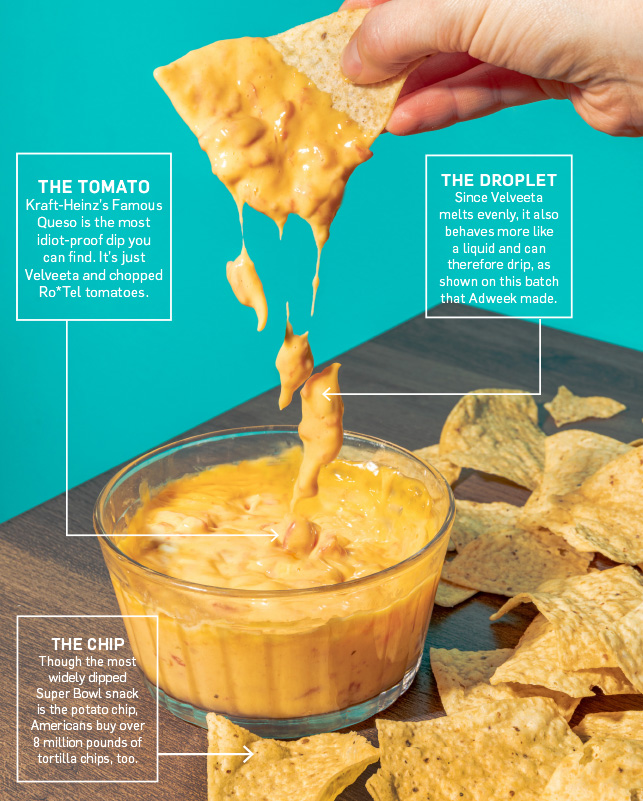 Emil Frey was a Swiss immigrant who settled in upstate New York around 1887 and went to work for the Monroe Cheese Co. Cheese was sold in wheels in those days and since the wheels often broke apart during shipping, it fell to Frey to figure out how to make the pieces profitable. In 1918, Frey discovered that he could create a smooth and entirely new product by mixing the broken cheese ends with whey. “The uniqueness of the product was driven by its creamy texture and value,” said Velveeta marketing director Nick Guerten. “And it was highly differentiated because it extended the shelf life of actual cheese.”

That creamy texture was just like velvet. Hence, the brand’s name.

In 1927, James L. Kraft bought Velveeta and added it to his own fast-growing empire based on processed cheese. Because it could keep for weeks in the pantry, it grew popular. It was products like Velveeta that pushed American cheese consumption by 50% between 1918 and 1945. While Velveeta might date to World War I, its foolproof character remains a favorite of college kids, divorced dads and—at this time of year—the practitioners of Super Bowl dips. 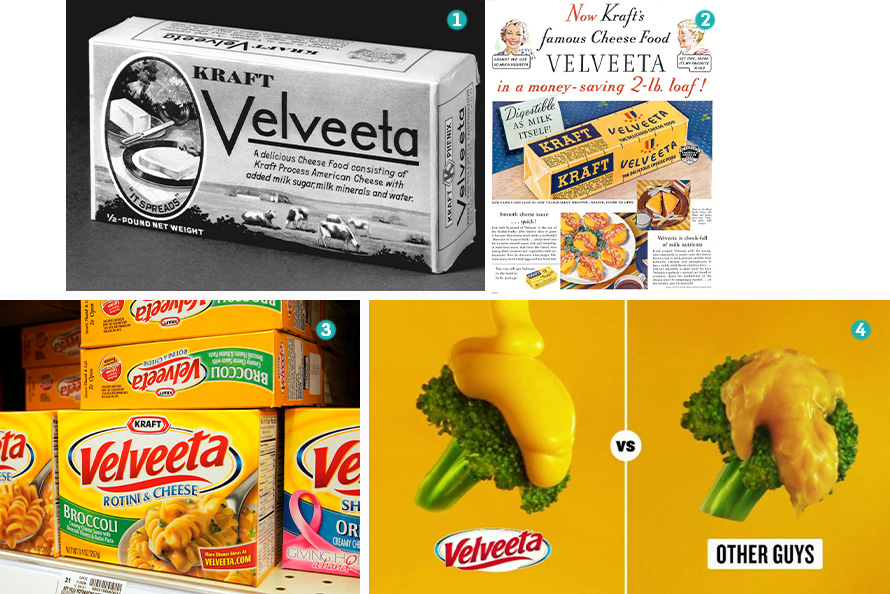 Emil Frey added whey to broken chunks of cheese in 1918 (1). By 1939, Velveeta was helping usher in the convenience-food revolution (2). Kraft-Heinz has more recently introduced Velveeta meals aimed at male millennials (3). Velveeta melts quickly and evenly, making it suited for dipping (4).

It’s easy to see why. Velveeta melts at 160 degrees and mixes with nearly anything. Throw in a can of chopped tomatoes and you have a durable queso. “During the key season, we remind customers how easy it is to combine those two ingredients to make a great-tasting dip,” Guerten said. Thanks to its longstanding partnership with Con-Agra, Kraft-Heinz gives customers $2 off when they buy a two-pound brick of Velveeta and two cans of Ro*Tel. If the Super Bowl party in question aims to be a bit more exotic, Velveeta’s website hosts 17 recipes for dip alone, including Velveeta Chorizo-Beer Dip and Velveeta Spicy Cheeseburger Dip.

With somewhere around a third of Americans planning to dip their chips on Sunday, it’s also good news that, this year, there’s no Velveeta shortage. 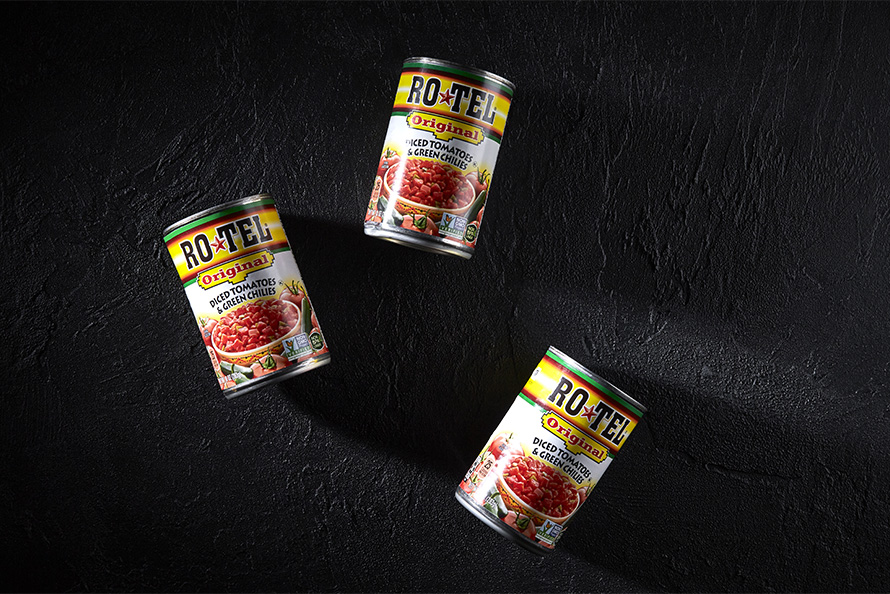 According to data from snacking association SNAC International, dips benefit the most from Sunday’s snacking explosion, with Nielsen tabulating some $42 million spent on dips. About 32% of Americans say they plan to eat dip during the Big Game. Come Sunday, 32 million of us will be dipping.

Greg Powers for The Washington Post via Getty Images