How you respond to a mistake can say a lot.

When Mountain Dew rolled out its “Dewnited States” campaign, featuring cans representing each state and an overarching ad campaign which featured a noticeable error: the upper peninsula, a part of Michigan, was shaded in the same green and white pattern as Wisconsin. The image appeared in the campaign’s television ad, as well as the introduction for each of digital ads for individual states. While likely glossed over by the majority of audiences, residents of the Upper Peninsula, or Yoopers, took notice.

The brand took the issue seriously, ultimately creating a limited-edition homage to the region, which certainly won it fans among the 300,000 residents of the Upper Peninsula.

Nicole Portwood, vp of marketing for Mountain Dew, energy and flavors told Adweek that the brand was first made aware of the mistake when the campaign had already been in market for about a month, via a tweet from the official Twitter handle for the Upper Peninsula, informing the brand “I am not Wisconsin” and calling on Mountain Dew to “fix this”—or send a free case of the beverage to each resident of the peninsula.

“We saw that and immediately thought, ‘We have to fix this.’ We dishonored the people oft his place,” Portwood said, which was especially problematic for a campaign designed to celebrate America and what makes its different regions unique.

When the Upper Peninsula changed its demand, asking instead for an edition of the Dewnited bottles for the Upper Peninsula, the brand decided to take the region up on the idea. Mountain Dew tweeted back, asking resident of the region to fill out a blank bottle with ideas for a limited edition bottle.

Hey, Upper Peninsula: we hear you, and we’re sorry for misplacing you on our #DEWnited map. Give us a chance to right our wrong. Help us fill this special edition label by telling us all of the things you love about the Upper Peninsula (note to self: located in MICHIGAN) pic.twitter.com/cSzJQYc2tl

Mountain Dew took an approach similar to the one it employed for the rest of the campaign, taking suggestions from residents of the region and working with its team of designers to transform the ideas into a finished product. The brand was flooded with thousands of comments and suggestions about what should go on the label and soon created two or three drafts for a bottle design, Portwood said.

As luck would have it, the man who ran the Upper Peninsula handle, Bugsy Sailor, also has a background in graphic design and helped them arrive at a final iteration. Mountain Dew then worked with its bottlers in the region to print the labels and ultimately produce 906 bottles. Portwood estimates the whole process, from concept to finished product, took about a month. 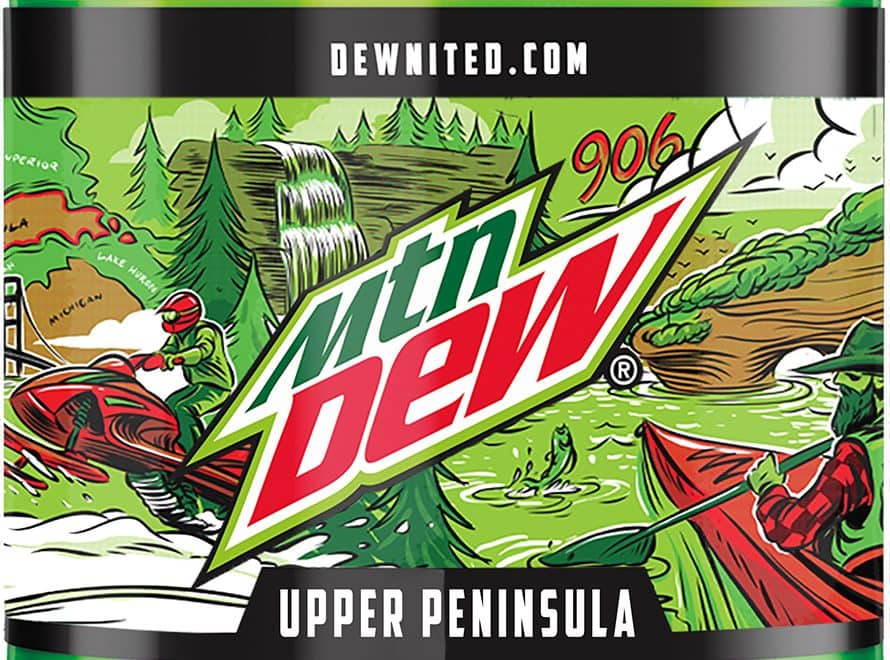 The bottles weren’t commercialized, so they never found their way onto store shelves, which Portwood explained would have led to a much longer lead time.

Instead, the brand gave away bottles at a well-attended promotional event and as a prize in a ring toss game at the Upper Peninsula State Fair. After attending events in the region, Portwood said she was struck by its natural beauty and the friendliness of its people.

“We want to keep fans at the heart of everything we do,” Portwood said. “Oftentimes marketers can get caught up in worrying about scale of what we do. I fundamentally believe that every single person matters. That can be difficult to execute, particularly with a brand the scale of Mountain Dew but it leads you down the path of taking everything seriously.”

She explained that the brand’s heartfelt response reached fans far beyond the Upper Peninsula region, many of whom reached out to express that they appreciated the way Mountain Dew handled the situation.

“Behind brands are groups of people. We are fallible, we bring heart and energy to our work and if you have the right type of [moral] compass, I believe that shows to our fans,” she added. “People can feel that. It’s an intangible, I realize that. It’s hard to put in an ROI model, but if you couple that kind of true north-guided behavior with other table-stakes marketing fundamentals, I believe it has an amplification effect that shows its value well-beyond sales goals and things like that.” 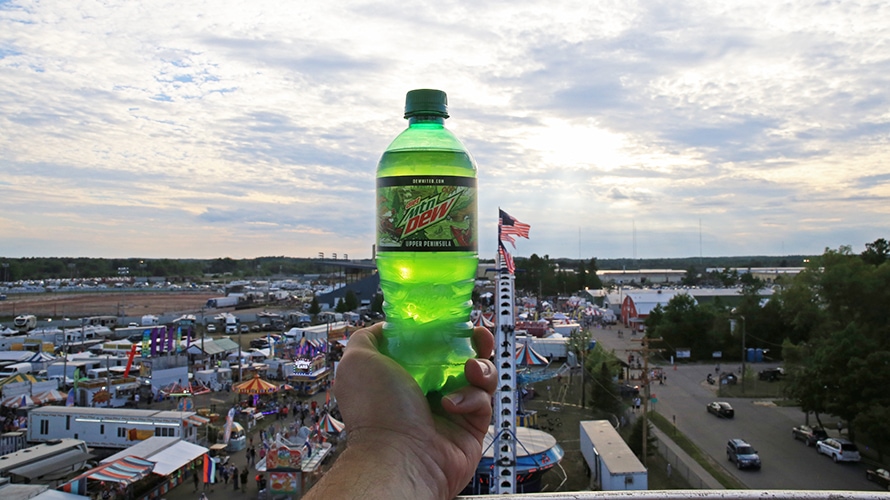 Ultimately, by recognizing the importance of properly addressing its mistake, the brand created a unique opportunity for connecting with a community.

“As much as making a mistake like that sucks, I’m grateful for it, ” Portwood said. “We don’t like to make mistakes, but hope to be able to do [something like that] again and welcome more opportunities.”

As a digital marketer, you need an easy way to create video ads for social media channels. Ideally, you want...