The internet, as most of us know by now, tends to blow up over ridiculous things. This is why, in March 2017, the web was abuzz not with actual news like the impeachment of South Korean president Park Geun-hye or the landslide in Addis Ababa, but with the tattoos of Ed Sheeran.

In case you missed the story, Sheeran, who’d peeled off his shirt in the Shape of You video, not only emerged as a highly inked musician, but also explained to the media how he’d chosen each of his 60 tattoos to commemorate the important things in his life. One of those things was Heinz Ketchup. 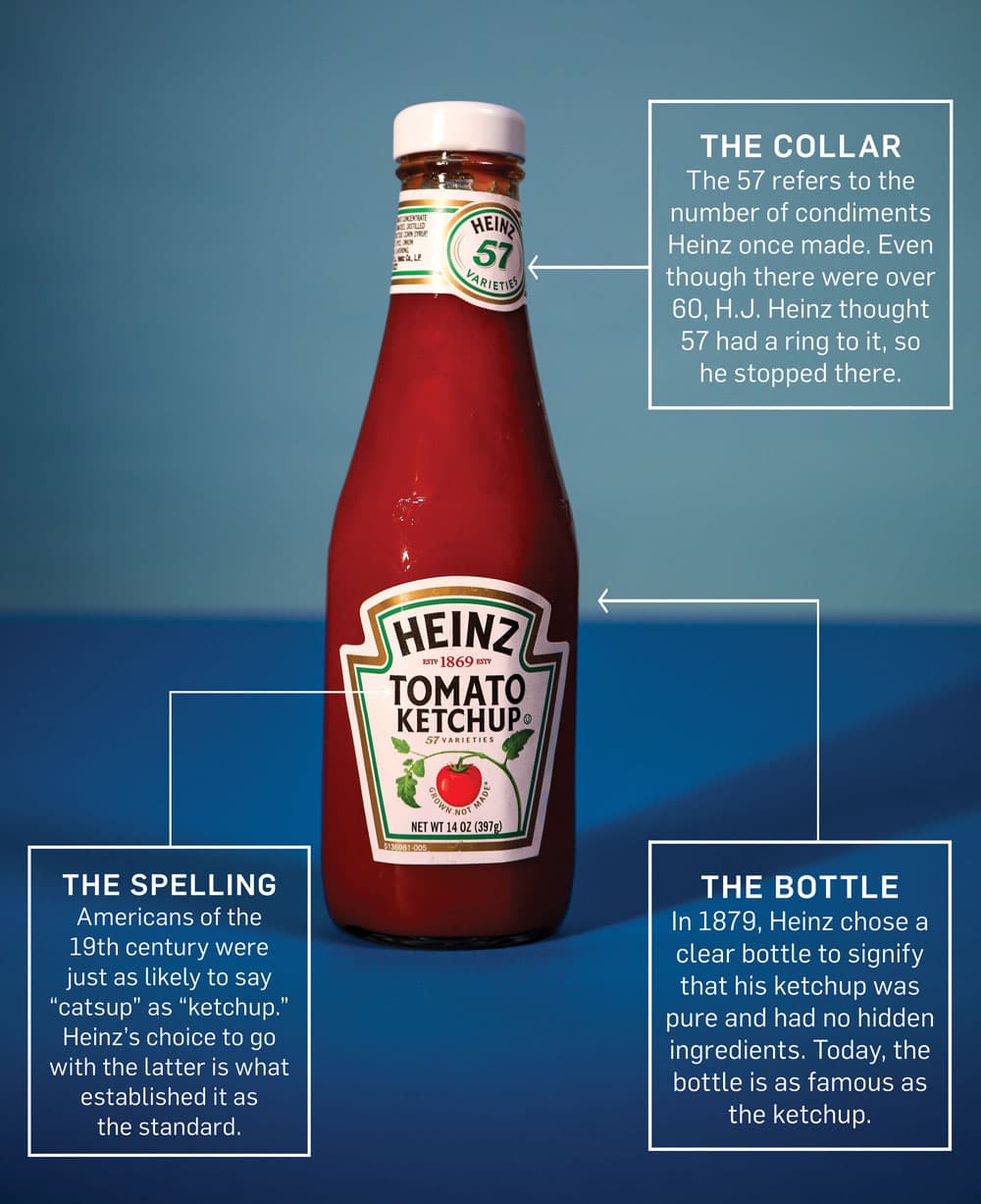 While most people don’t get tattoos of their favorite condiments, Sheeran is actually going with the crowd on this one. According to the Simmons National Consumer Survey, over 305 million Americans are ketchup users, a number expected to grow by nearly 8 million in the next four years. A bottle of ketchup is, in fact, present in some 97% of American households.

And just for the record, 70% of that ketchup is Heinz. It’s a notable feat in any sense, but especially so when you consider that American tastes have changed a great deal in the 143 years since Heinz ketchup debuted on store shelves. We don’t eat boiled kidney and vinegar pie anymore, for example, so why do we keep pouring ketchup? 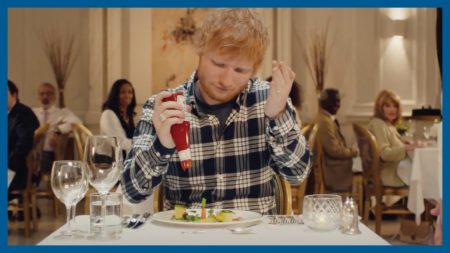 Brands hiring influencers is nothing new, but rare is the case when the influencer scripts an entire commercial on-spec. This is what happened when Ed Sheeran direct-messaged Heinz with the idea to create a spot that shows him shocking the blue bloods in a posh restaurant by whipping out a bottle of ketchup. Corporate responded by hiring agency David to make the spot, which faithfully used Sheeran’s script. Heinz then produced ‘Ed Sheeran X Heinz,’ a limited-edition ‘Edchup’ bottle wrapped to resemble Sheeran’s arm, with the singer’s ketchup tattoo serving as the label. Proceeds from the limited run went to charity, since Sheeran—whose net worth exceeds $200 million—can afford to set his own table.

“Ketchup is one of the rare foods that hits on the five basic tastes that you search for in food—sweet, salty, sour, bitter and umami,” said Dalia Adler, Heinz’s associate marketing director. It is also the case (as any 5-year-old will tell you) that ketchup covers up the stuff you don’t want to eat, but have to.

In any case, it’s all a credit to the vision of John Henry Heinz, the son of German immigrants who went into the condiment business in Pittsburgh starting in 1869. Heinz initially made a name for himself with horseradish, but in 1876, he began tinkering in the kitchen with kê-tsiap, a spicy fish sauce popular in China that, on Western tables, had acquired tomatoes. 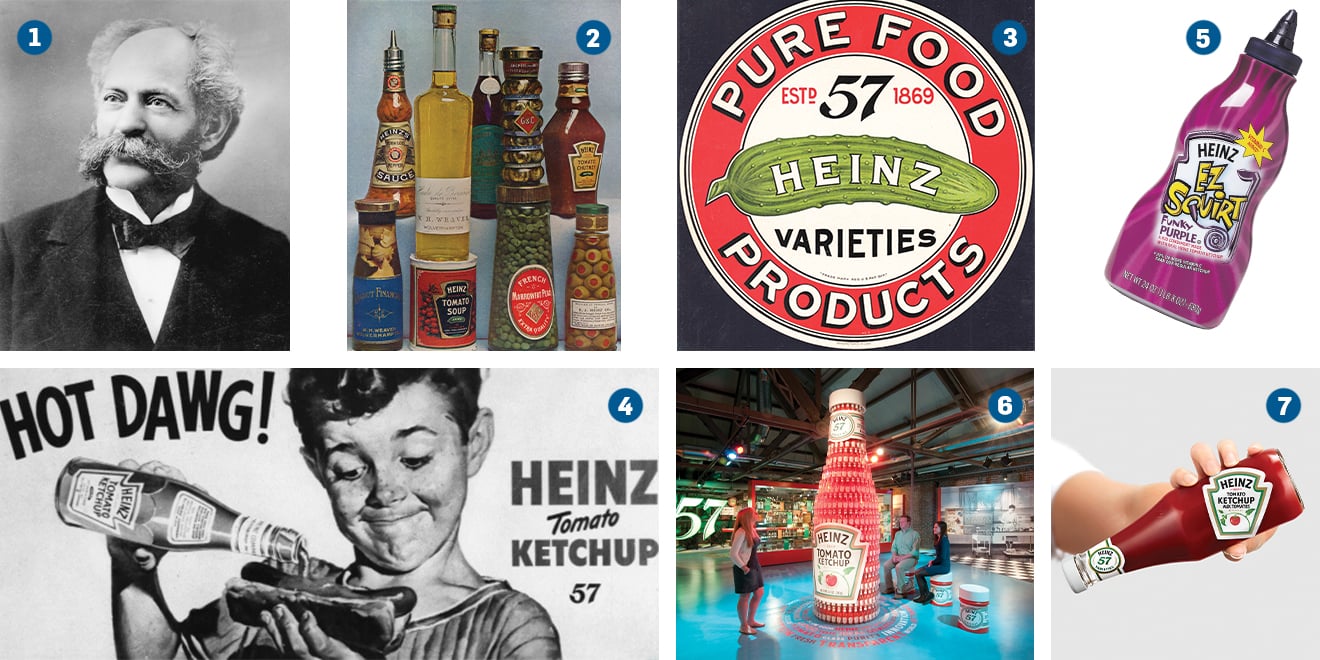 After starting his company in 1869, Henry J. Heinz (1) made a slew of condiments (2) before turning to ketchup. An early proponent of the Pure Food and Drug Act, Heinz stressed purity in his packaging (3). Heinz became the world’s biggest tomato processor by 1908 and, in the ensuing years, became an American institution (4). Heinz has taken pains to keep ketchup interesting, including a short-lived experiment in producing purple ketchup from a squeeze bottle (5), but its fans are loyal enough to fill the exhibition hall at Pittsburgh’s Heinz History Center (6), a veritable shrine to ketchup. Most recently, AOR Rethink helped fans find the right angle for ketchup pouring by rotating the label on bottles (7).

Determined not to use chemicals such as sodium benzoate to preserve the tomato paste, Heinz added vinegar instead. Then, he poured his ketchup into clear glass bottles, a visual clue that the company was hiding nothing. This rare integrity quickly made the Heinz name synonymous with ketchup in the U.S. “He was a branding genius before that was an official term,” said Emily Ruby, curator at the Heinz History Center.

Today, despite the well-publicized woes of parent company Kraft-Heinz, ketchup continues to be a steady performer and, with new organic and no-sugar varieties, one that has successfully adapted to the times. Earlier this month, Canadian AOR Rethink even solved the age-old problem of how to get Heinz ketchup (which is far thicker than its 19th century forebears) out of the bottle. It slapped the Heinz label on the glass at a 45-degree angle to help users orient the bottle for the perfect pour.

How many ketchup fans already knew the correct shaking angle for ketchup? No idea—but it’s a good bet Ed Sheeran did.