Among the many hardships endured by children undergoing cancer treatment is nausea—and the related difficulty of finding a food they can keep down. Fortunately, young patients at the Inova Fairfax Hospital for Children, the Georgetown University Hospital and 123 other medical centers across the country can avail themselves of a simple snack that, more often than not, seems to do the trick. The treats sit in huge freezers on the ward. They come in kid-approved flavors like grape and tropical punch. Best of all, they’re free. 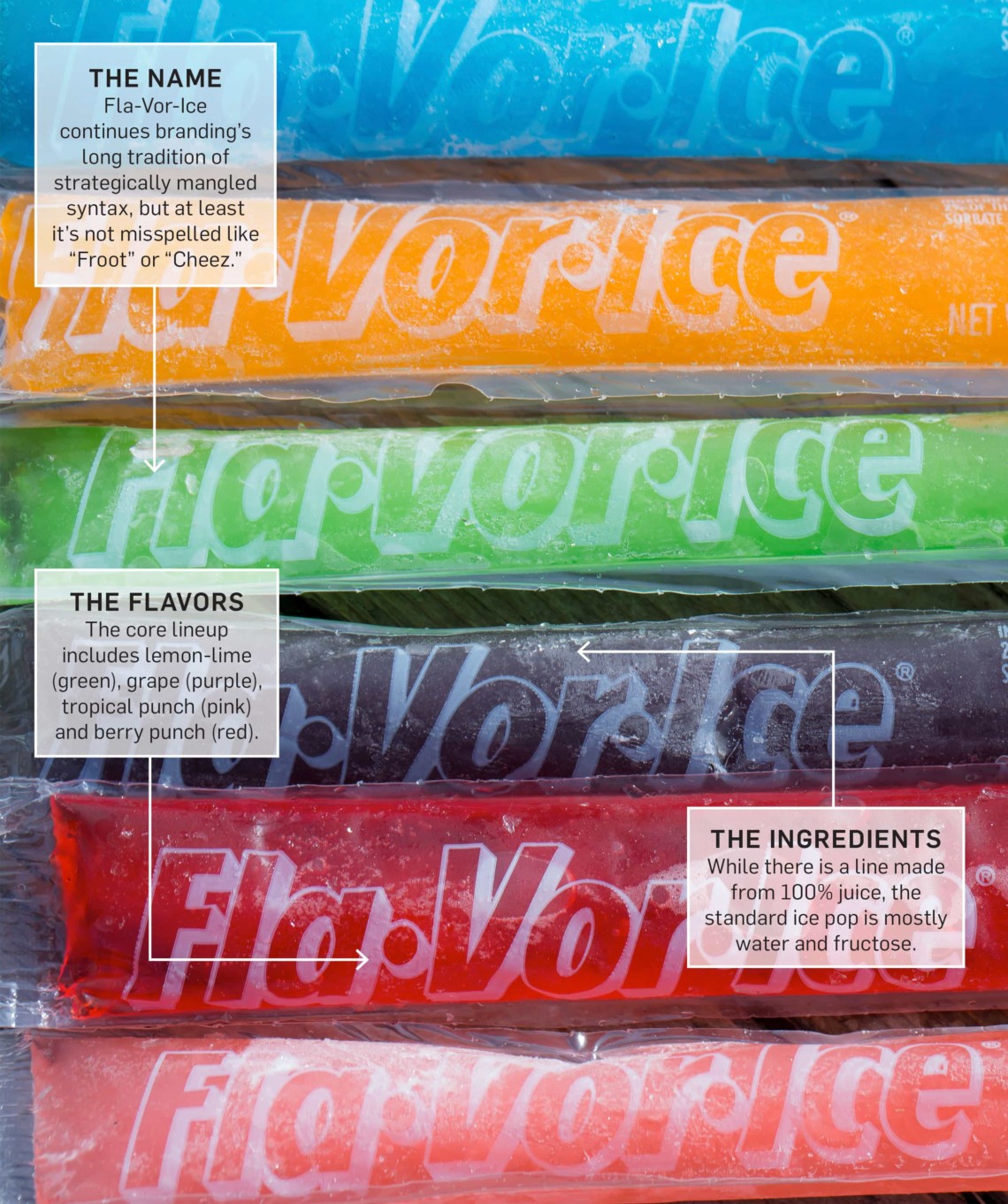 The snack is Fla-Vor-Ice, the 50-year-old freezer pop that you squeeze out of its plastic tube and is likely to be top of mind at this time of year, when hot and sticky weather drives Americans to buy frozen treats to the tune of $25 billion annually.

But Kyle Harrington doesn’t care about revenue when it comes to kids battling cancer. Jel Sert, the company that makes Fla-Vor-Ice and for which Harrington serves as marketing director, provides the freezers gratis and keeps them perennially stocked. “It’s one thing,” he said, “that we’re really proud of.” 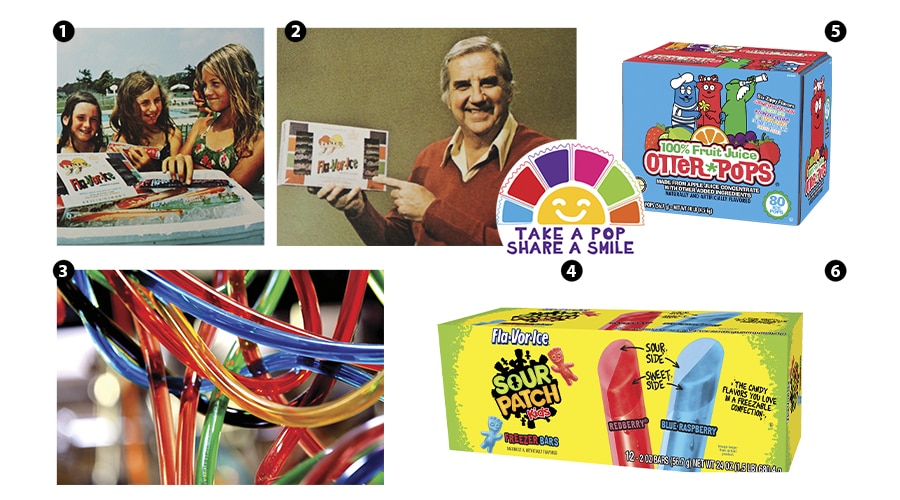 Introduced in 1969, Fla-Vor-Ice pops have kept their kid-focused appeal (1) and require little marketing, even though no less a figure than Ed McMahon used to pitch them (2). Jel Sert’s Chicago plant features a Rube Goldberg-worthy assemblage of machinery, including these tubes that pipe the mixture into their plastic sheaths (3). Since 2008, Jel Sert’s Take a Pop, Share a Smile program has provided free ice pops to children’s cancer hospitals (4). While Fla-Vor-Ice dominates the Eastern U.S., Jel Sert added West Coast favorite Otter Pops to its portfolio in 1996, achieving market dominance (5). Most recently, Fla-Vor-Ice’s specialty offerings came to include a Sour Patch Kids edition (6).

This kind of charity would not be possible, of course, if Fla-Vor-Ice were not itself a highly successful product. And highly successful it is. Thanks to the 1.5 billion freezer pops it makes every year, the family-owned Jel Sert is the leader of its category. And during a time when nostalgia has helped to sustain sales of everything from Chicken McNuggets to Adidas, Fla-Vor-Ice is a treat that was—and remains—a summertime staple. “It’s that American brand for memories,” Harrington said, “whether it’s current or past tense, from childhood to new customers introducing it to their kids.”

Fla-Vor-Ice’s origins date to the early years of the last century. In 1926, a Chicago entrepreneur named Charles T. Wegner Jr. noticed the popularity of Jell-O and decided to start a brand of his own. His product, Jel Sert (a portmanteau of “jelly” and “dessert”), also became the company name. By allowing another brand to establish a category before entering it, Jel Sert found a winning strategy—one it would repeat with a powdered drink mix called Flavor Aid, which met with a ready audience developed by a competitor called Kool-Aid.

In 1963, when Jel Sert noticed the popularity of Pop-Ice—an upstart that had pioneered the then-new category of freeze-at-home ice pops—it bought the brand, then strengthened its position six years later by introducing Fla-Vor-Ice. Initially meant to complement Jel Sert’s own Flavor Aid product (the way that Kraft Foods’ Kool Pops augmented its Kool-Aid brand), Fla-Vor-Ice pops were also bigger than Kool Pops, an advantage that helped put Jel Sert in the lead position in the freezer-pop category. 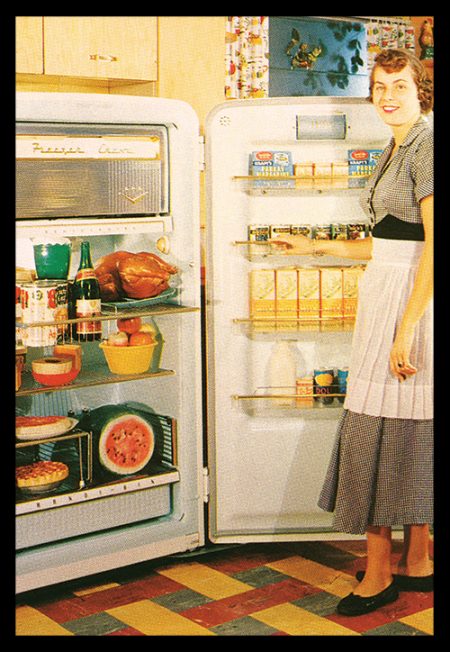 Fla-Vor-Ice owes its existence to the Popsicle, which was accidentally invented in 1905 when a San Francisco boy named Frank Epperson left a cup of powdered soda and a stirring stick out on his family’s porch, and it froze overnight. But Fla-Vor-Ice’s day had to wait until the rise of the home freezer. Popsicles, which require sub-zero temperatures at every point along the consumption chain, are not shelf stable. That limited their consumption in the 1930s, when fewer than 10% of American homes had refrigerators. The postwar boom in home appliances changed that by 1950, when refrigerators (which manufacturers began fitting out with freezers) had crept into 90% of homes. Once Americans could freeze their own pops, Fla-Vor-Ice assumed its place in the consumer culture.

And it’s stayed there ever since. Nostalgia might be a big part of why millennial parents continue to buy Fla-Vor-Ice, but Jel Sert’s bigger edge is in simple economics. Because freeze-at-home ice pops can be made, transported and stocked in stores without the need for expensive refrigeration equipment, they’re way simpler to make, package and ship—which also saves money on ice-pop sticks, since there aren’t any. Meanwhile, thrifty moms can furnish a popular treat to the kids for very little money. Walmart’s price of $10.27 for a 100 pack of Fla-Vor-Ice pops brings the cost of each pop to just over 10 cents.

With the possible exception of a machine-vended gumball, no other treat can be had for a price like that.

Optimizing Your B2B Marketing Strategy Around the Trust Funnel