There are plenty of cute Hollywood couples roaming the entertainment landscape, but Kristen Bell and Dax Shepard make a strong case for the most adorable. From the late-night talk show circuit to just being themselves on social media, the duo’s steady stream of real-life anecdotes is a refreshing change from sanitized versions of celebrity.

What also separates Bell and Shepard is their brutal honesty at times. They are not afraid to share the issues that matter to them, even their own relationship, which they put in full view of their children.

This candid approach serves as the backdrop for a new Lightlife campaign from Endeavor Global Marketing, touting the brand’s burger product. In “A Taste of Honesty,” Bell and Shepard lay it all out—sometimes awkwardly and in great detail—with no topic seemingly off-limits.

The “peek into the home” approach has been done before, even with the couple (for Samsung in 2015). Still, Bell and Shepard have several outstanding false starts, quips and punchlines that don’t need setups, making the spot familiar but decidedly different. Of course, this is all in service to honesty, and leads up to dinnertime when Shepard concedes that what’s being served “honestly, tastes like [bleep].” This is until the couple reveals that Lightlife burgers are, in fact, tasty.

“It’s really important to be honest with your kids about what they eat, because once they understand that food can be the building blocks for your body and your brain, I think that they actually will make better choices. I don’t want to have to lie to them,” Bell said.

“Partnering with Kristen and Dax is a significant moment for the brand,” said Michael Lenahan, vice president of marketing at Greenleaf Foods, the brand’s parent company.

While there can be pitfalls in letting talent run with a concept, the couple understood the goal from the start, according to Endeavor Global Marketing COO Ryan Wagman.

“Dax and Kristen really co-created the campaign with us from the start,” Wagman said. “We pitched them the idea, they ran with it and brought their whole selves to it. For example, we’d never have pitched them a vasectomy joke. That was Dax’s idea. And the sex-talk scene? That’s pulled from their real lives. They’re just really honest people who care deeply about what they feed their kids.”

Additionally, throughout the process, Wagman and his team had the benefit of stars willing to help shape the end product.

“They were so invested in the entire process,” he noted. “On the set, Kristen was calling out direction. She was producing [and] doing client service. At the end of takes, when I’d go down to check in with our clients, Kristen was already there. She didn’t go back to her trailer. She just hung out. And Dax—he’s been sending notes on the edit the whole time.” 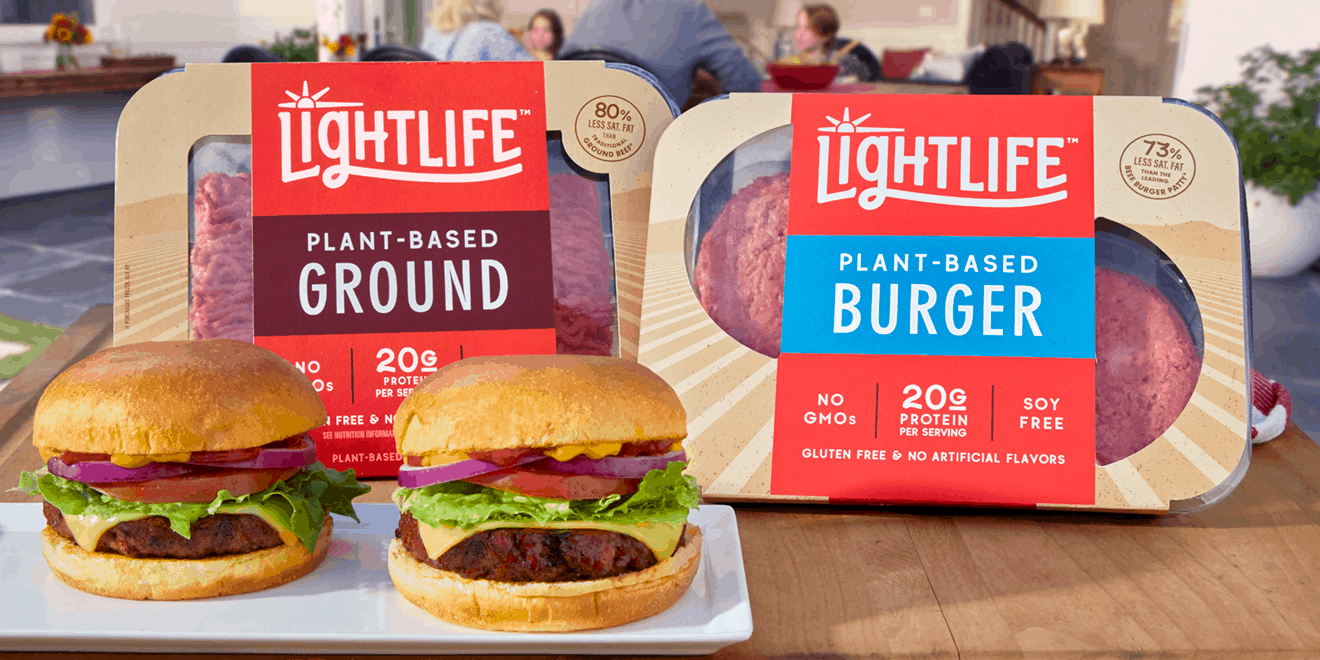 The likes of Impossible Foods and Beyond Meat have captured the imaginations of consumers through their relationships with Burger King and McDonald’s, respectively. But Lightlife is seeking to forge its own path, leaning on its four decades of heritage in the plant-based protein category. One key point the brand hopes to make is that its new line contains half the ingredients of other plant-based burgers.

“And I like the company and what it stood for,” added Bell. “They have a 40-year history of bringing plant-based food to consumers that also tastes great. And, for me, having been vegetarian since I was 11, it’s always something that I’m looking for.”