Can the Muppets Convince People to Buy Facebook’s Portal? – Adweek

A new TV spot began airing Tuesday, kicking off a multi-film campaign directed by Dayton/Faris of Bob Industries and created with Anomaly Los Angeles, in conjunction with Disney’s Muppets.

Facebook said the launch film features some of the scattered Muppets reuniting via Portal devices, testing its smart camera and modeling its augmented reality masks.

Over the next few months, further installments will “dive into individual Muppet relationships and watch how they use Portal’s features to stay close,” the social network added.

The original Portal debuted in October 2018.

The new Portal has a 10-inch HD display, while the Portal Mini comes in at eight inches, and both devices support video calls, photos and videos in portrait or landscape orientations. Portal TV brings video calling to the television screen, with users still having the freedom to move around during those calls and still be seen and heard. 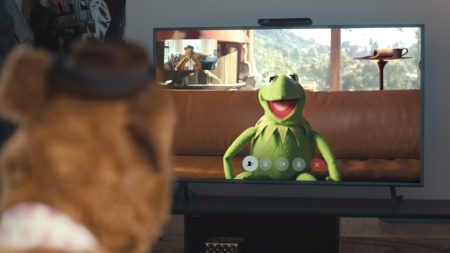 John Mueller Answers How to Block Google from a Staging Site

John Mueller Answers How to Block Google from a Staging Site

How to avoid a marketing technology #Fail