Bored at Work? A Job Service Injected Its Spokeswoman Into Real Videos to Catch Your Eye – Adweek

Who can resist YouTube snippets of monkeys getting their tiny heads massaged? All together now: Squee!

But if you’re soaking up charming yet mindless entertainment during your “work” hours, chances are good that you do not love your 9 to 5 (or, more likely, 8 to 6). And that time filler is just diverting your attention from what you really need to do, says Kelly Services, a workforce company.

In short: Get a job that doesn’t suck.

Kelly, the Detroit-based staffing firm that pioneered the temp-work industry after World War II with its “Kelly Girls,” is now both latching onto and gently mocking viral videos with a new campaign breaking today. Spots from agency Erich & Kallman use digital tools to insert a no-nonsense Kelly spokeswoman into well watched hits like, “Man Drops Watermelon” and “Wesley Jump.” (In the latter, the Kelly gal stands in as a prop while a vertically gifted guy named Wesley leapfrogs over her and another woman in slow motion).

The Kelly rep’s message is clear, delivered in a perfect British deadpan: Step away from the daredevil stunts and cute overload and get serious about your professional life.

“We sourced real YouTube videos that we could imagine anyone watching while procrastinating at their jobs,” says Eric Kallman, the agency’s founder and creative director.

The campaign aims to light a fire with malcontents so they “will not only start thinking about what’s next, but also act,” Kallman says.

Unlike with the other clips, the agency re-created the monkey head-scratching scenario, made popular in countless internet videos, with a telegenic primate decked out in a fluffy robe. When the animal looks adoringly at the Kelly spokesman during the massage, she asks, “Can you do me next?”

The videos, aimed at full-timers who are “obviously not focused” on their jobs, will run mostly on YouTube. There are also social and mobile pieces of the campaign, time- and geo-targeted at people on their way to work or stuck in their cubicles, debuting in Minneapolis, Indianapolis and Philadelphia (key markets for Kelly) with a national rollout planned for later this year.

Out-of-home ads keep the cheeky theme going with text like, “You can wear headphones at work to drown out the sound of your soul being crushed. Or you can get a new job,” and “Mondays don’t suck. Your job does.” 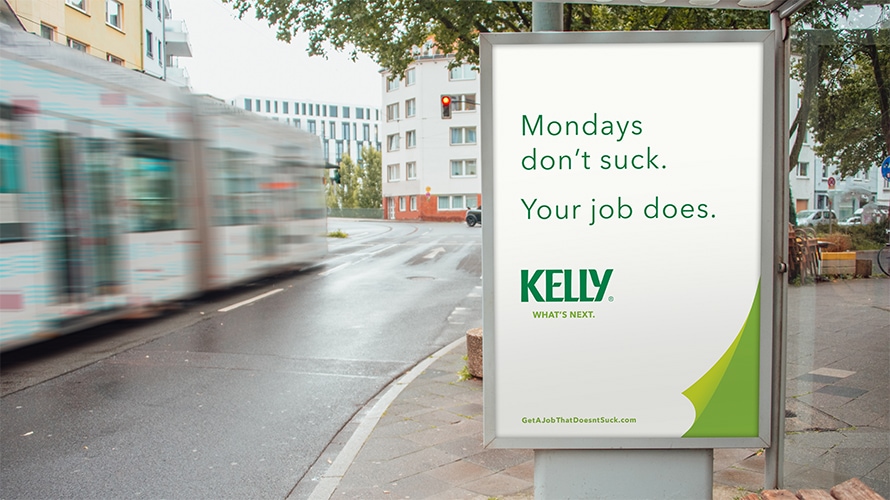 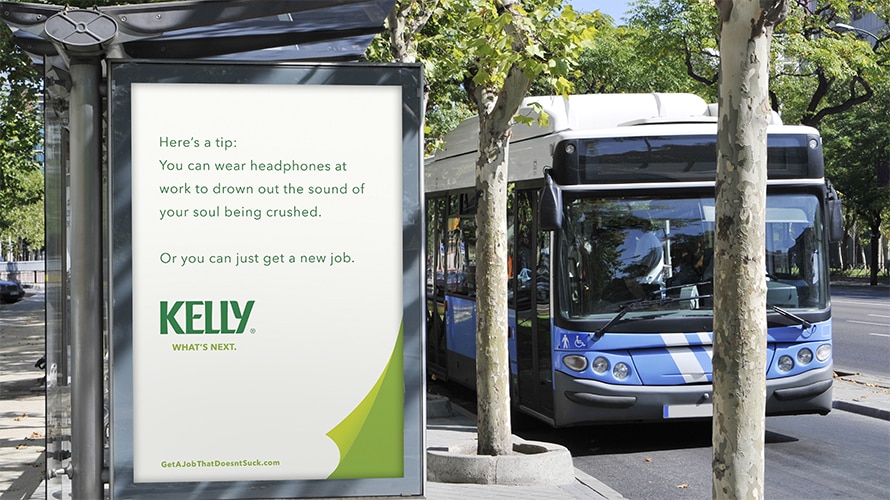 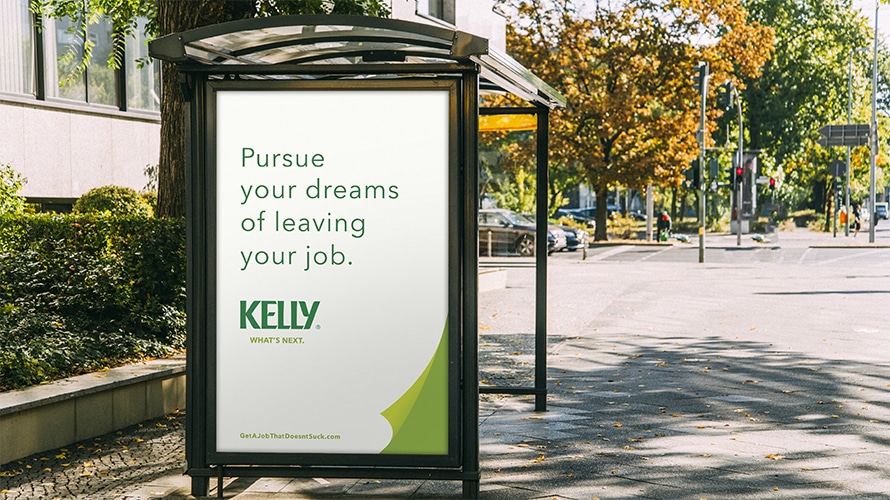 The San Francisco-based agency, working with Kelly on a project basis since last fall, has been named AOR for the brand.

18 Open-Ended Sales Questions That'll Get Prospects Talking to You

Another Layer of Security: Google Announces BIMI for Gmail Support