As brands seek to continue evolving the in-store experience for their target demographics—experts predict retail leaders will invest in better consumer experiences in 2020—a new concept in Las Vegas wants to be a model for purpose-built experiential retail.

Area15 is an upcoming retail and live entertainment complex located just off the Las Vegas Strip, and aims to be a hotbed of interactive art and technology experiences. The futuristic concept, which the Nevada Commission on Tourism has approved as a tourism improvement district, is a joint venture from real estate development firm Fisher Brothers and creative agency Beneville Studios, which are both based in New York.

The 200,000-square-foot venue was announced in 2018 as a mysterious project (its social channels initially used the hashtag #SomethingIsComing) that riffed off Area 51, the classified U.S. Air Force facility that briefly became the subject of numerous stunts from brands like Arby’s last year. Last fall, the Las Vegas City Council approved redirecting up to $13.7 million in sales tax revenue over two decades as an incentive to the complex’s developers. Area15 is expected to draw 1 million visitors annually, according to Fisher Brothers.

Ahead of Area15’s soft opening in April, the complex has announced a partnership with Intel, which will open an onsite production hub for a rotating group of artists, brands and experiential agencies. The collaborators will work with Intel to test out and showcase new experiential design and tech concepts in the facility. 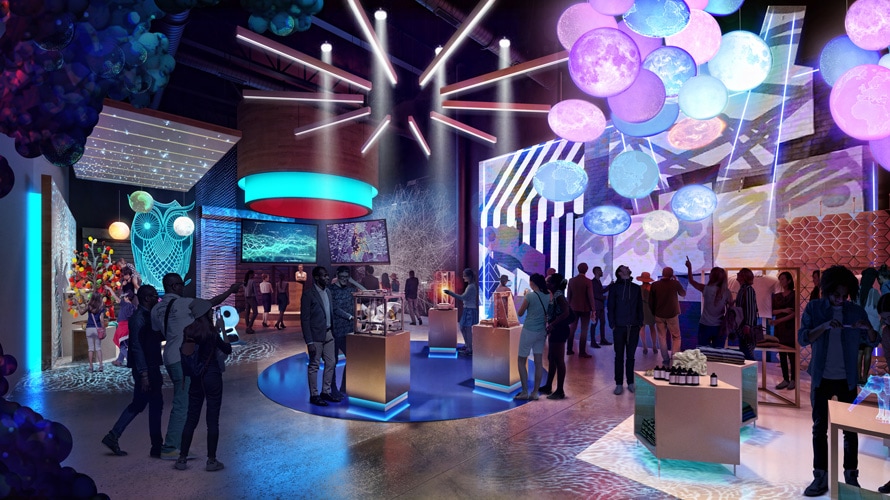 Intel will have an on site hub for creatives and brands to test out experiential design concepts.

“Today, only top retailers can afford to explore and implement experiential design in their stores. We believe immersive, authentically engaging and inspiring experiences in retail are not only possible, but should be accessible for all,” said Joe Jensen, vp and general manager of Intel’s retail, banking, hospitality and education division, noting that Area15 will “help provide scalable experiential retail solutions for retailers and brands of all sizes.”

So far, the collaborators for what Intel calls the Experience Incubation Hub include Trav MSK, a Los Angeles-based artist who specializes in wall and train graffiti art; Papinee, a Hong Kong-based company that creates children’s storytelling kits and family-friendly retail pop-ups; and Pressure Point Creative, an art and experiential production company with offices in Los Angeles and Portland, Ore.

While Jensen couldn’t give specifics on what each announced collaborator will create yet, he noted each project that comes out the hub will be tested for proof of concept in or around Area15, in models that could include rotating pop-ups or permanent installations.

“Experience design cannot be separated from technology—it is essential that the two are intertwined and co-developed,” said Winston Fisher, CEO of Area15 and partner at Fisher Brothers, in a statement. “That’s where our collaboration with Intel comes in. Together, we’re raising the standard of experience design, and developing best practices for combining technology, art and commerce in exciting, unexpected ways.” 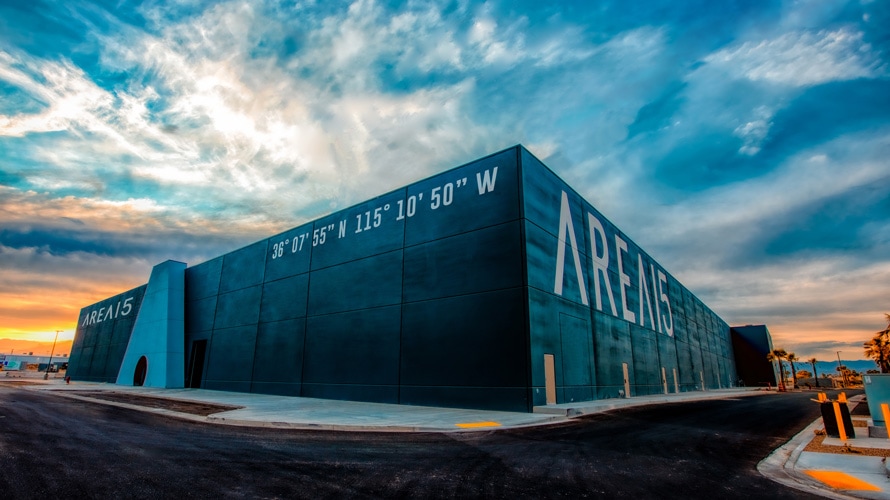 The 200,000-square-foot venue is a joint venture from Fisher Brothers and Beneville Studios.

Area15’s previously announced tenants are themed around interactive art and technology, and live entertainment. The complex will be anchored by a 58,000-square-foot permanent space from Meow Wolf, a Santa Fe-based arts and entertainment group that creates interactive art experiences for consumers of all ages. Meow Wolf’s experiences tend to merge mediums including sculpture, painting, photography and music with tech such as augmented reality and virtual reality.

Area15 has also tapped location-based VR company Nomadic to create a permanent space that will showcase how it combines physical and virtual environments. Emporium, an arcade bar and live entertainment venue, will open its sixth U.S. location at Area15.

Other vendors will include Oddwood, a coffee and cocktail bar anchored by a 23-foot Japanese maple tree; indoor axe-throwing lounge Dueling Axes; and a food hall curated by chef and restaurateur Todd English.

Additionally, Area15 will have an open-air gallery and numerous permanent art installations including Shogyo Mujo, a 3-D projection-mapped skull from BartKresa Studio and sculptor Joshua Harker, which previously appeared at Burning Man. The complex will also include 40,000 square feet of indoor and outdoor event space, which the brand hopes to rent out for corporate events and future brand activations.