Whether you call it hard or spiked, alcohol-infused seltzer was the talk of the town in America this past summer, a fizzy craze that spawned numerous think pieces—media outlets ranging from The Wall Street Journal to The Atlantic weighed in—and, according to CNN, inspired a nationwide shortage of White Claw Hard Seltzer in September because the brand was “a victim of its own success.”

Maybe we should have seen it coming. For the past 10 years, beer drinking has been steadily losing its share of alcohol sales in the U.S., accounting for only 49% in 2018 (down from 55% in 2009), while hard liquor has risen to 36% from 31%, according to the Beer Institute. At the same time, we’ve entered a new era of self-care, with the wellness industry becoming a $4.2 trillion global industry, encompassing everything from skincare that has organic, vegan and cruelty-free origins to meditation apps. Add to that the growing $22 billion CBD and the $66.3 billion cannabis markets, and the movement away from beer—a traditional drink with a high-calorie image—starts to make a lot of sense. 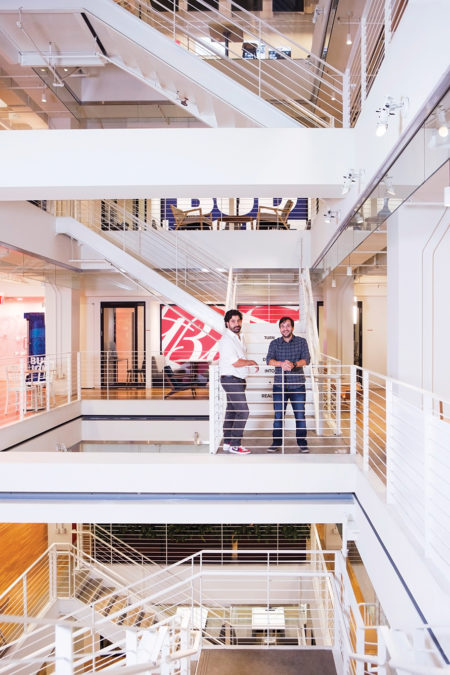 Anheuser-Busch is taking steps to fortify its marketing efforts.

In order to compete, or at least hold their ground, beverage manufacturers have had to adapt, sometimes radically. And Anheuser-Busch (known globally as AB InBev), which accounts for almost half of the U.S. beer market, a $114.2 billion industry, is an ideal case study.

Anheuser-Busch was actually early to the seltzer party. In 2016, having noted that only 43% of young consumers were drinking beer, down from 65% in 2006, the company acquired Spiked Seltzer (now known as Bon & Viv). The next year, Anheuser-Busch analyzed its portfolio and discovered it was responsible for only 10% of new products in the beer industry, and was relying too heavily on Bud Light and Budweiser (and none of its portfolio brands) for growth.

So this past August, the company introduced its own spiked seltzer under its Natural Light brand, launching with two flavors: Aloha Beaches and Catalina Lime Mixer. According to the IRI, a market research company, Natural Light Seltzer already has more than $9 million in sales.

These changes were part of a broader initiative to drive innovation, explains Marcel Marcondes, who became U.S. CMO of Anheuser-Busch in 2017.

In February 2018, the brewer introduced Michelob Ultra Pure Gold nationwide as the industry’s first USDA-certified organic beer. To promote it, Michelob Ultra Pure Gold partnered with Kelly Slater, an 11-time World Surf League champion, and sponsored the WSL Founders’ Cup of Surfing in 2018. At the time, Anheuser-Busch told Adweek the new product was in line with the brand’s health and wellness mindset. Michelob Ultra Pure Gold is now the third-fastest-growing beer brand, based on data from IRI, with more than $150 million in sales.

Anheuser-Busch has also created an internal team dubbed Apollo 11 that employs a “test and learn” model. The team, which meets daily, can prototype a new product, embark on a three-month pilot period to test new products in a few regions and then decide to either scale up the product or drop it.

In February, the company released Naturdays, a strawberry lemonade beer developed entirely in-house. That was followed this past August by Natural Light Seltzer, a hard seltzer in two flavors, brought to market by Apollo 11 in just 90 days. As it stands, Anheuser-Busch holds 52% of the share of innovation volume in the industry, with Naturdays holding the No. 1 spot in 2019 based on volume.

In addition to bringing new products to market, Anheuser-Busch has also “premiumized” some of its other offerings. For Budweiser, last year it introduced a “reserve series” limited-edition beer in partnership with Jim Beam. It includes Budweiser Reserve Black Lager, which will be available nationwide until spring 2020, and most recently, Discovery Reserve, an homage to the 50th anniversary of the moon landing. The company also released Bud Light Orange in April 2018 as an alternative in the light beer category.