Ad inventory purchased in this year’s upfront has barely begun to make it on air, but AMC Networks is already laying the groundwork for 2020’s negotiations.

The company is unveiling a new trade marketing campaign today—its first featuring all five network brands—which incorporates quotes from fans as a way to remind buyers and brands that when it comes to AMC Networks, “you need this” as part of an ad buy.

It marks the first big move from Kim Kelleher, who joined AMC Networks last month as president of national advertising sales and partnerships, replacing Scott Collins, who exited in August.

The print and digital campaign—which AMC created with its agency loyalkaspar—rolls out today in several trade outlets (including Adweek), as well what Kelleher called “quasi-consumer publications” like The New York Times, Vulture and The Cut.

“We wanted to get out early, to make a splash,” said Kelleher of the campaign, the first wave of which runs through Thanksgiving. “It’s only going to get noisier as we get closer to the upfront, and it felt like a moment where we could really stand out.”

Each piece of creative spotlights a signature series from AMC (The Walking Dead, Better Call Saul), BBC America (Killing Eve, Wonderstruck) or We TV (Love After Lockup)—as well as the annual Best Christmas Ever event spanning all five networks (Elf). IFC and SundanceTV shows will be featured in the campaign’s second wave, which will launch early next year.

The shows are accompanied by an effusive quote that appeared online from a fan, like “Putting the guilty in guilty pleasure” for Love After Lockup and “I feel like I’ve been hit by a semi” from The Walking Dead. 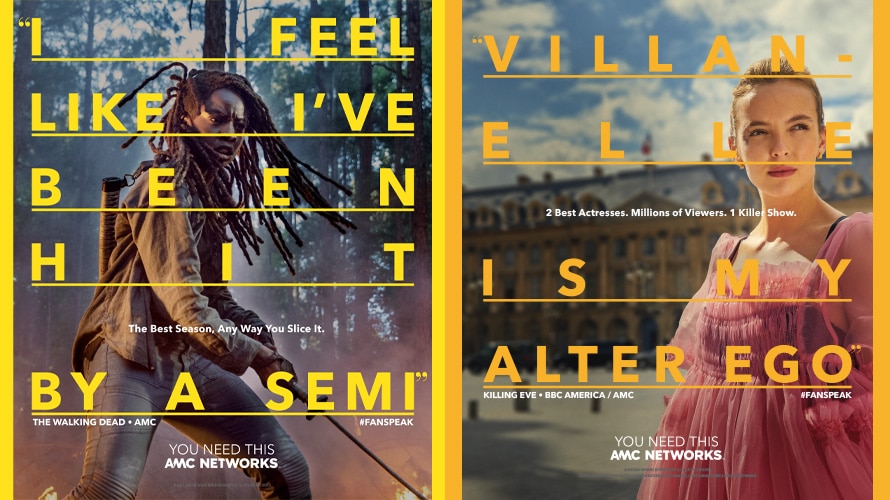 In another part of the campaign, AMC Networks will create Shop the Shows, a pop-up shop with limited edition items inspired by the company’s biggest shows—and available to clients for free—that will be available in December inside five agencies in New York and Chicago.

While Kelleher, who has been on the job for less than two months, isn’t ready yet to share specifics about her ad sales plans at AMC Networks, she said “this campaign is a first sign that we’re going to be really loud and aggressive going into the upfront, and overall.”

In such a “noisy” environment, especially as two big new streaming services debut in the coming weeks, “I like to bring it back to what we all love about the business,” said Kelleher, “which is incredible quality content and programming that deeply engages the fans.”

Pro Tip: Every new project starts with breaking down silos

Pro Tip: Every new project starts with breaking down silos

The Salesperson's Guide to the Soft Sell