Amazon Might Use 3D Body Scans to Customize Clothes, and Also Capture Your Data – Adweek

Amazon certainly isn’t the first brand to experiment with 3D body scans, but it may be the first to really give consumers the willies.

In May, Amazon made headlines for offering $25 gift cards in exchange for the scans, which raised concerns about not only its intent but potential breaches and/or exploitation.

“If Amazon were just an apparel company, I think that there would be fewer concerns, but given that apparel is only one of its many businesses and it is known for using data mercilessly, privacy advocates I think are rightfully concerned,” said Sucharita Kodali, an analyst at research firm Forrester. “It’s really about consumers relinquishing more private information to Big Tech.”

In an emailed statement, an Amazon spokesperson said it has not made any announcements about its subsidiary Body Labs, where it is conducting the scans, but “understanding body shape will help us design better products and technologies,” including what it called innovative shopping experiences. The company also said it wants to give consumers confidence in how things look and fit, but it did not comment further on what that might entail.

Also in May, Nike debuted a similar concept in its digital foot measurement tool Nike Fit, which uses the camera in consumers’ smartphones or an in-store mat to collect 13 data points to provide the best fit for each of its shoe styles. Meanwhile, startups like RedThread use quizzes and scans to generate 3D body models to create custom designs and made-to-order clothes. And Naked Labs uses 3D body scanning in more of a health and wellness capacity to visualize body changes over time and keep clients motivated as it tracks body fat percentage, lean mass, fat mass and weight.

While these applications are ostensibly similar in that they are scanning bodies for better fitting clothing and/or to promote fitness, the key difference is companies like Nike focus on apparel and sports equipment, said Joey Camire, principal at consultancy Sylvain Labs. 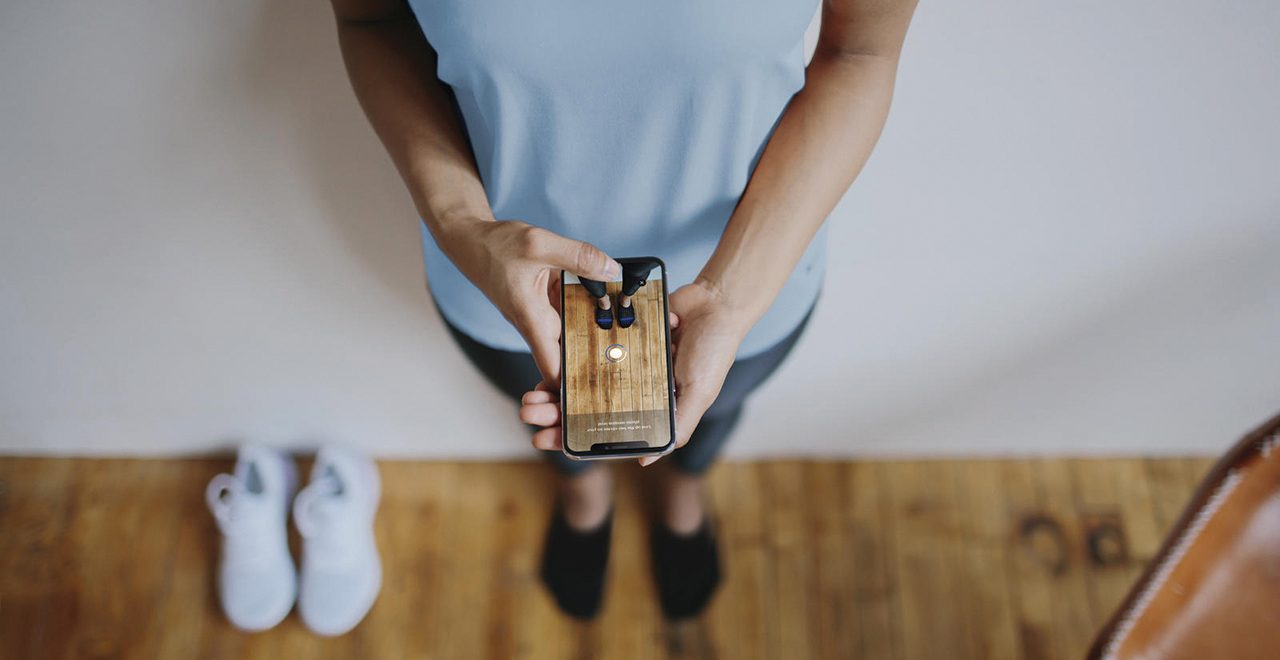 “Nike ID … is a radically different transaction for consumers,” he continued. “Nike’s business is contained, it’s clear to people … they’re not in the business of mining data … and so it doesn’t raise red flags.”

Kodali agreed, saying, “It’s highly unlikely they would be able to do anything more insidious with any data they did have because of the limited nature of their business. Unless, of course, they took the data with the intent to sell it to others.”

Without further comment, Amazon’s plans are unclear, but analysts say it’s possible the platform is capturing more than body shape and has ambitions beyond custom and better fitting clothes.

“A scan sounds innocuous, but these scanners capture enormous amounts of data,” Camire said. “The reality is, there are only so many options for how they would be choosing to use this, but they all lead back to computer identification of individuals.”

And with analytics layered in, body images could include more significant health information like heart and breathing rates.

“It’s just a very intimate set of information to have,” said Jay Stanley, senior policy analyst at the ACLU. “It is used to infer things about your health and can be used … to measure changes over time, like if you’re dieting, putting on weight, bodybuilding, et cetera.”

“There are many markers throughout the body that are unique to every individual: length of long bones, hand size, certain ratios with regards to proportions,” Camire said. “If Amazon can identify users out in the world based on size and gait, they can start tracking people through physical space.”

Google Confirms Cause of Missing GMB Reviews – Will They Ever Come Back?

Google Confirms Cause of Missing GMB Reviews – Will They Ever Come Back?